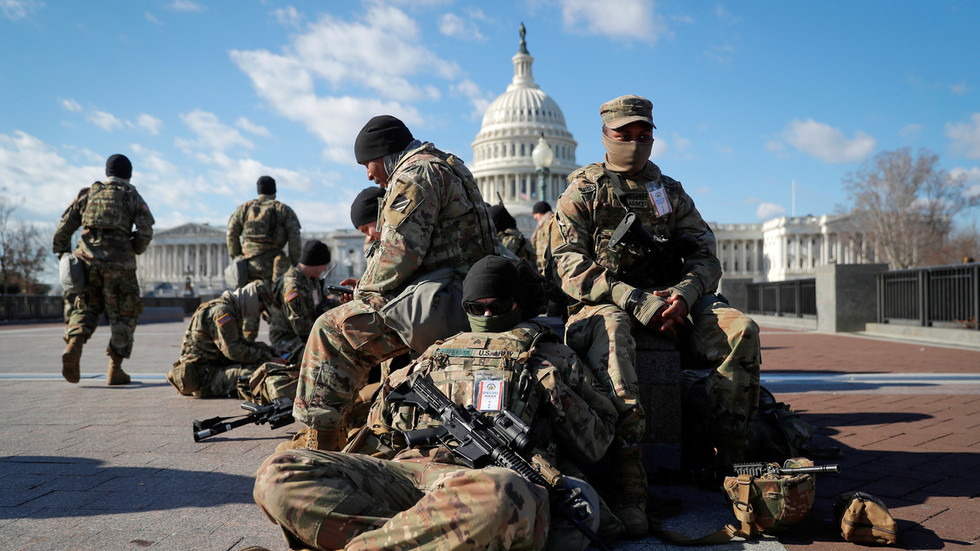 Former US congresswoman and one-time presidential candidate Tulsi Gabbard pulled no punches deploring the Biden administration’s treatment of National Guard troops and liberty-loving Americans in the wake of the Capitol riot.

During a pair of appearances on Fox News, Gabbard decried “the militarization of our nation’s capital,” and lambasted the new White House administration for sending the message that Washington, DC was somehow under siege and in need of an “enduring presence of thousands of National Guard troops.”

President @JoeBiden, have you declared martial law? Because that is what it’s starting to look and feel like. Let our troops get back home to their families. pic.twitter.com/FCbJTyAH3K

“President @JoeBiden, have you declared martial law? Because that is what it’s starting to look and feel like. Let our troops get back home to their families,” the former congresswoman tweeted.

“It made me so angry,” she said of the images broadcast online and on the news showing “freezing” National Guard troops “shoved into the parking garage,” and “discarded as though they don’t even matter.”

Gabbard added that both the initial deployment of 25,000 National Guard troops for inauguration day and the continued military presence called for by members of her party is “outrageous.”

.@joebiden Your leadership is needed now to denounce those like John Brennan & Rep Schiff who are advocating for targeting half the country as potential domestic terrorists. Truly unite the American people around our Constitution & the rights that are endowed to us by our Creator pic.twitter.com/OpemBm4biS

Meanwhile, during an appearance on Fox News Primetime, Gabbard told host Brian Kilmeade that the Democrat establishment’s rhetoric in the aftermath of the Capitol riot could create “a very dangerous undermining of our civil liberties, our freedoms in our Constitution, and a targeting of almost half of the country.”

The former Democrat senator and presidential candidate has long been a thorn in her party’s side, never one to shy away from calling out the hypocrisy or lunacy of some of the more fringe elements of the Democrat platform.

Gabbard was succeeded by Kai Kahele on January 3, 2021 and has now launched her own podcast having left political life in Washington, DC behind, for now at least.

Discovering WW1 tunnel of death hidden in France for a century