Home > WORLD > ‘Hate from my own people’: Floyd Mayweather rants about ‘racism’ as he accuses ‘bum’ Conor McGregor of stealing from him 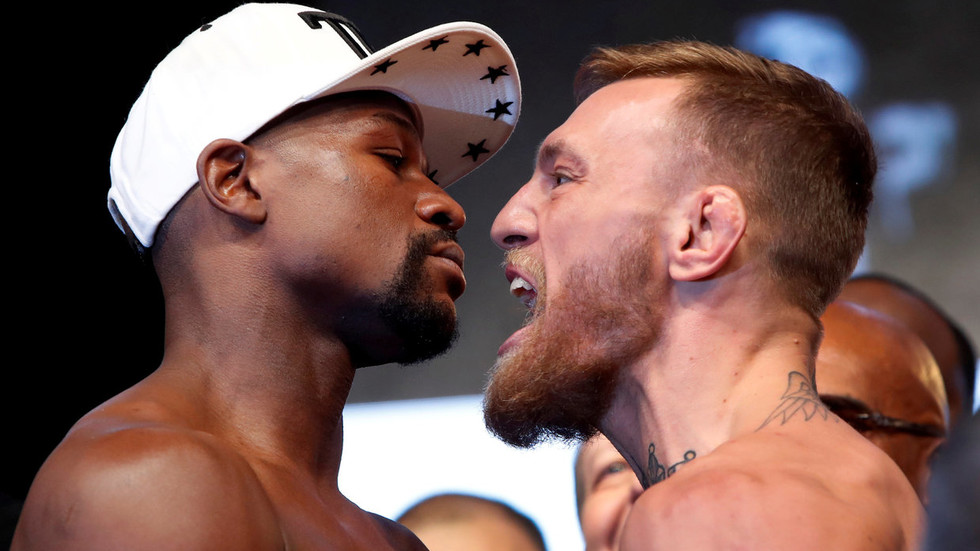 ‘Hate from my own people’: Floyd Mayweather rants about ‘racism’ as he accuses ‘bum’ Conor McGregor of stealing from him

Floyd Mayweather Jr has responded to former ring rival Conor McGregor’s defeat at UFC 257 by issuing a rant about racism and accusing the Irishman of “stealing” from him.

McGregor’s return to the UFC octagon ended in a brutal defeat as he was knocked out by lightweight rival Dustin Poirier in the second round of their contest on Fight Island in Abu Dhabi.

It was the first time the Irishman had been beaten by means other than a submission during his entire cage career – and among the many observers to kick McGregor when he was down was Mayweather.

The pair famously shared the ring in 2017 in one of the most lucrative fights in combat sports history, with Mayweather stopping the boxing novice in the 10th round in Las Vegas.

Mayweather is said to have pocketed up to $275 million for the bout but appears to remain bitter at the perceptions held about McGregor and comparisons between the two fighters.

Sharing a social media post which pondered why Mayweather is “hated for the way he carries himself” while McGregor is supposedly lauded for doing the same thing, the former five-weight world champion played the racism card.

“I seen this post and my take on it is that the world knows Con Artist McLoser can steal everything from me and be loved but I’m hated,” wrote the 50-0 boxer to his 24.5 million Instagram followers.

“That just let you all know that racism still exist. Just know, that bum will never be me or be on my level. I’m just built different, my mindset is on another planet, my skills are second to none, I’m a natural born winner and yes I talk a lot of trash, but every time I back it up. This is what they hate.

“It’s sad that you can be a poor black kid from the ghetto that has dealt with racism your whole life and work extremely hard to put yourself and your family in a better position, and most of the hate come from my own people.”

Shared after a string of posts promoting Mayweather’s strip club chain ‘Girl Collection’, the message went on to mock McGregor for his defeat while scoffing at talk that the Irishman could step back between the ropes to face Manny Pacquiao.

Mayweather defeated the Filipino star by unanimous decision in 2015, in what remains the record PPV event with an estimated 4.6 million buys.

“Connor cannot even win in his own sport, but talking about coming back to boxing to fight Pacquiao. Nobody wants to see that, it’s like my leftovers eating leftovers,” Mayweather goaded.

There are undoubted parallels between Mayweather and his Irish rival. As well as being former champions of their craft, both are brash and ostentatious with their prodigious wealth.

Both have also had high-profile run-ins with the law. McGregor faced a date in court for his attack on a bus carrying UFC fighter Khabib Nurmagomedov in Brooklyn in 2018, and was also convicted in Dublin after attacking an elderly man in a pub.

The 32-year-old has faced accusations of sexual assault, which he has vehemently denies and which have not led to charges.

Meanwhile, Mayweather was jailed in 2012 on domestic violence charges after attacking his ex-girlfriend Josie Harris.

The 43-year-old boxer was due to return in February of this year for an unlikely exhibition bout with YouTuber Logan Paul, although the fight has reportedly been postponed.

Outside the ring, Mayweather recently lashed out at “rumors and lies” that he was engaged to a lead dancer at one of his strip clubs.

If you want the jab, raise your Hans: German vaccine officials left with no choice but to guess people’s ages from their names

‘Djokovic is a tool’: Nick Kyrgios slams complaints from quarantining stars as Tomic’s girlfriend is forced to ‘wash own hair’