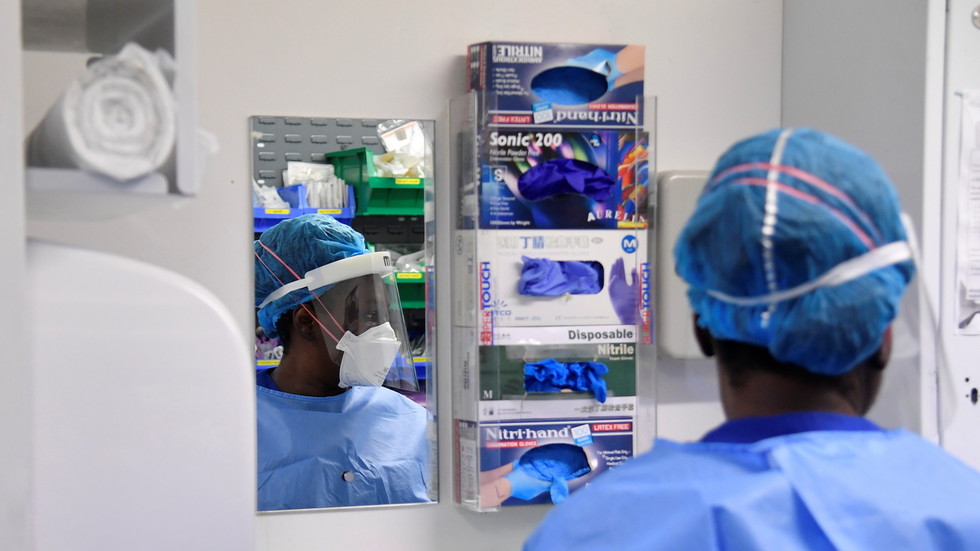 The British health secretary has urged BAME healthcare workers to come forward and get inoculated against Covid-19 as a new report shows white NHS staff are almost twice as likely as black staff to get vaccinated.

Hancock conceded that low vaccination rates among BAME health care staff was a concern but insisted “I do know that the take-up in the NHS is rising.” He added that there is very important work to be done to increase uptake among ethnic minorities working in UK healthcare.

The health secretary said he had not seen the latest data from a study conducted in Leicester but said the challenge was reflected across the country.
A survey of staff at University Hospitals of Leicester NHS Trust released on Sunday showed that 64 percent of healthcare workers had come forward for the vaccine by February 3.

While 71 percent of white staff had received at least their first dose, a mere 37 percent of black workers had come forward for the jab. Rates among South Asians were also low, around 60 percent.
Professor Kamlesh Khunti, a SAGE (Scientific Advisory Group for Emergencies) member who led the study, said the disparity was concerning and meant that some healthcare workers were putting themselves and their patients at risk.

A similar study in London in January found an even more pronounced disparity between ethnic groups when it came to uptake of the vaccine among NHS staff.

In late January, the board of Guy’s and St Thomas’ Foundation Trust reported that while overall 80 percent of its staff had been vaccinated, only a quarter of black-African and black-Caribbean staff had taken the jab. Rates were even lower among Filipino and Bangladeshi workers.

Other hospital trust bosses in London told the Health Service Journal that they had encountered similar issues. One said: “Most of our white staff have been vaccinated and few of our BAME staff have. This is a real concern given that the majority of our hands-on clinical staff are black.”

Beyond healthcare, the UK is facing a serious challenge to ensure ethnic minorities come forward to get vaccinated amid fears the virus may circulate and dangerously mutate in communities without immunity.

Younger People Half As Likely As Adults To Catch COVID-19, Study Says

Slogan War Intensifies Ahead Of Battle For Bengal

UK's Boris Johnson cautions against booking summer holidays, says it's too early to predict what Covid-19 rules will allow by then

‘Easter can be the new Christmas’: Minister warns Britons to ‘think carefully’ about festive plans amid Covid spike