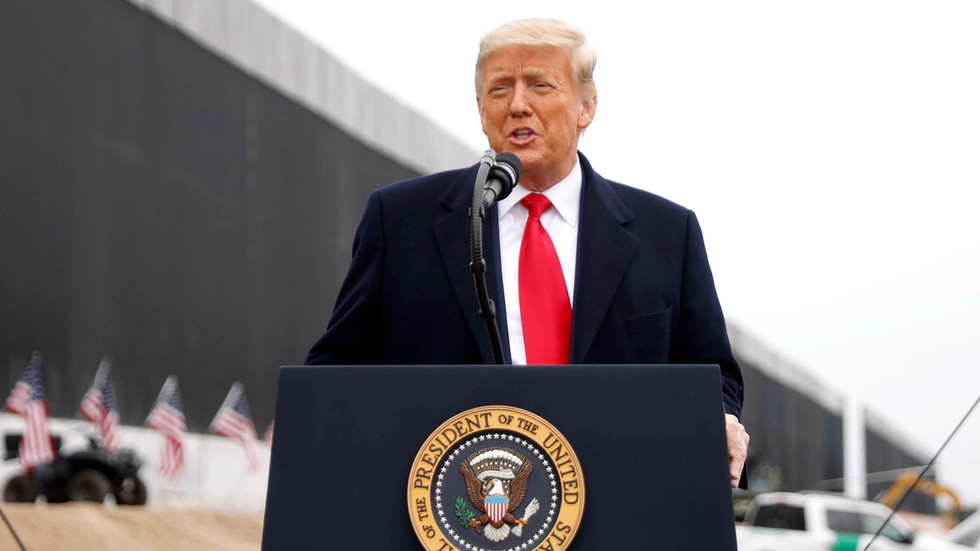 As former President Donald Trump gears up for his impeachment trial next month, a new poll has found that half of Americans want to see the Senate convict him for inciting an insurrection.

According to a Marist poll released on Monday, 50 percent said they want to see Trump convicted and impeached, despite the fact that he no longer resides in the White House. On the opposite end of the argument, 41 percent want to see him acquitted.

When respondents are broken down into the two major political parties in the US, the split becomes, not surprisingly, far less even.

The chances of Trump being convicted remain up in the air. While Democrats control the Senate thanks to a 50-50 split and Vice President Kamala Harris being the deciding vote in a tie, 67 senators need to vote to impeach the former president, which means 17 Republicans would need to side with the Democratic Party. While some, like longtime Trump critic Mitt Romney, have indicated there is a chance they could vote to impeach, it will be an uphill battle for Democrats to get a whopping 17 to vote against their party’s previous presidential nominee.

The House of Representatives voted to impeach Trump during his final days in office and accused him of inciting an insurrection, holding him responsible for the US Capitol riot on January 6 where supporters of the president stormed the Capitol over concerns about election integrity. Five people ended up dying, including a police officer.

Trump spoke at a rally shortly before the Capitol was stormed and continued repeating allegations of election fraud, telling his supporters to “fight like hell,” but he also quickly condemned the violence and told people to “go home” as footage of the Capitol spread across the media waves.

The Marist poll also looked at Biden’s approval rating as president after only days in office. According to the research, 49 percent approve (10 points higher than Trump in the same poll when he became president) of the job he’s doing while 35 percent disapprove. Those numbers are again very different when you break down respondents by political party, with 91 percent of Democrats approving of Biden’s short job performance, but 78 percent of Republicans disapproving.

Marist’s poll was conducted among over 1300 adults from January 24-27 and has a margin of error of 3.3 points.

‘She can do better’: Fans mock star Subban after split from Olympic babe Vonn with jokes over furry mascot's words to power couple

Iraqi interpreters ‘stalked by death squads’ for helping the British