Home > WORLD > Getting warmer: While insisting Antifa has nothing to do with the Capitol riot, NYT finally admits it is a ‘movement’ 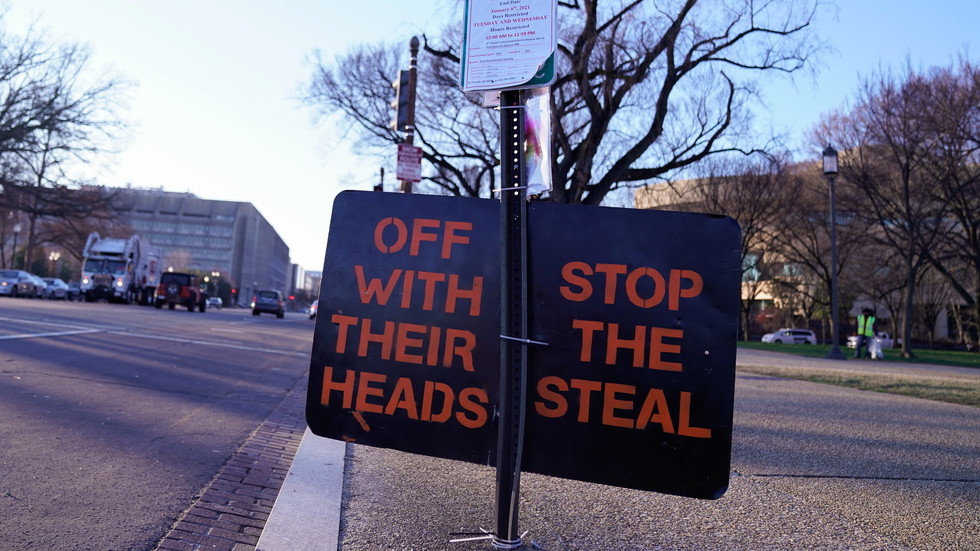 Getting warmer: While insisting Antifa has nothing to do with the Capitol riot, NYT finally admits it is a ‘movement’

After months of fervent denials and rioting, Antifa is no longer being written off as a mere ideology by a US establishment outlet, which graduated them to “a loosely organized collective of antifascist activists.”

“There is no evidence that Antifa activists stormed the Capitol,” the New York Times affirmed on Wednesday, blaming “the far right” for making “untrue claims that antifascist activists infiltrated protests.”

There is no evidence that the antifa movement — a loosely organized collective of antifascist activists — stormed the Capitol on Wednesday. https://t.co/YD3PlqDlGI pic.twitter.com/Gru5XbBtP5

While some on the ground would beg to differ, the fact that the New York Times is even referring to Antifa as a semi-organized group is a divergence from its previous coverage, which described it as “a movement or ideology” rather than a real organization. The outlet even argued it was “impossible” to know how many members of Antifa existed due to its cell-like organizational structure.

The NYT was attempting to “debunk” a longstanding claim that Antifa followers were dressing up as Trump supporters and committing wanton acts of violence in order to make conservatives look bad — in this case at the Capitol riots on Wednesday, which turned bloody and left four people dead including a woman shot by police.

However, conservative provocateur (and sometime Antifa victim) Andy Ngo actually agreed with the outlet for once, arguing the protesters filmed swarming the Capitol did not look to be “antifa people dressed in Trump gear or Trump costumes.”

The ‘paper of record’ has regularly come down on the side of Antifa in the past, noting that “supporters” (if not members) viewed the street violence that has become a hallmark of the group as merely in service to a greater good. Right-wing ideas, the group supposedly believes, must not be presented to the general public, lest an unaffiliated individual fall in line with the “targeting of marginalized people.” The paper admitted doxxing and violent confrontation were part and parcel of the Antifa ‘ideology,’ while arguing in favor of such ‘preemptive strikes’ against the so-called alt-right.

Even FBI director Christopher Wray paid lip service to the notion that Antifa was not an organized group in September, attempting to please both President Donald Trump and his detractors by agreeing that while there was no such thing as an Antifa member, the group’s supposed ideology was a “real thing” and that “violent anarchists” might “self-identify” with Antifa.

As recently as September, the NYT was still claiming Antifa was “not an organization with a leader, a defined structure or membership roles.” Instead, it was “a loose movement of activists whose followers share some philosophies and tactics.” Any claims of Antifa members fighting alongside Black Lives Matter were declared delusional conspiracy theories fueled by an ‘irresponsible’ president.

Trump has long sought to have Antifa labeled as a terrorist organization, particularly as violence raged in cities across the nation in the wake of the death of black Minneapolis man George Floyd at the hands of the police. Former attorney general William Barr claimed back in June that his Justice Department had evidence Antifa and its ideological allies had been “involved in instigating and participating in the violent activity” that followed Floyd’s death.

However, even Barr insisted Antifa was “a very loosely organized group,” even while acknowledging there was “clearly some high degree of organization” within and what appeared to be serious funding.