Home > WORLD > French restaurant owners who open in defiance of lockdown on Monday will be punished, says economy minister 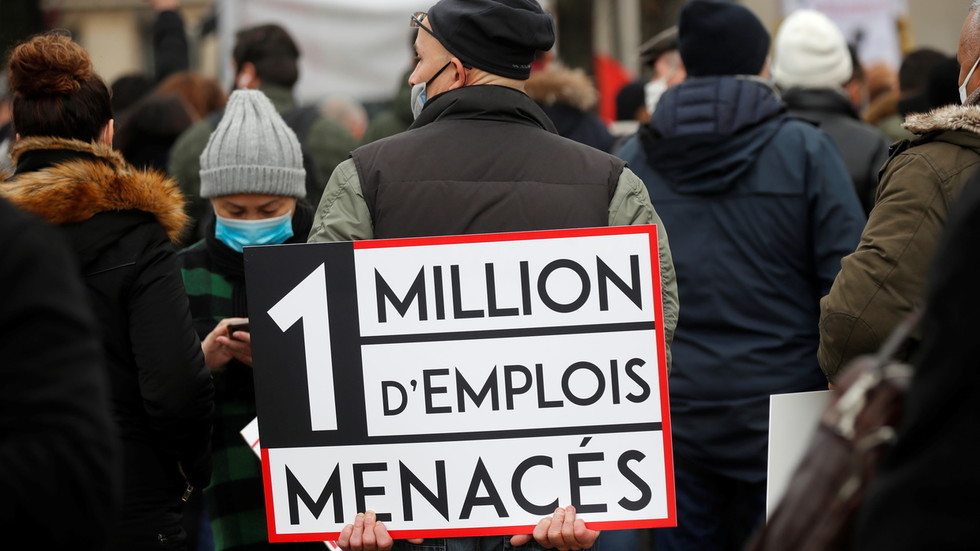 French restaurant owners who open in defiance of lockdown on Monday will be punished, says economy minister

France’s economy minister has warned restaurateurs not to defy lockdown restrictions by opening their premises on Monday, adding that their plight is not “justified” despite the impact Covid-19 has had on the industry.

Speaking on Monday morning, Bruno Le Maire, France’s minister of the economy, responded to the news that many restaurant owners would be opening their doors on Monday “to draw attention” to their discomfort following months of forced closures.

Le Marie dismissed the planned action as only a few “isolated cases” and insisted their plight “in no way justifies not respecting the rules” of lockdown.

The minister claimed that those restaurant owners who do not respect the rules, which are there for the health of everyone, will see their access to government aid cut.

“Those who remain open will see access to the solidarity fund suspended for a month. In the event of a repeat offense, they will no longer have any access to the fund,” the minister announced.

One restaurant worker, Stephane Turillon, said: “The goal is to draw attention to the ill-being of restaurants and customers today.”

France imposed a state of lockdown in late October, and the government had initially suggested that restaurants might reopen on January 20.

Despite incremental relaxations of the measures, the discourse in France has very much changed, with many calling for a third full lockdown to counter high infection rates and the circulation of the more contagious British Covid-19 variant.

On Sunday, Macron defended his decision to hold off on the imposition of a third lockdown, citing his confidence in reducing infection rates without such severe curbs.

Myanmar coup: US tells its citizens to 'shelter in place'