Home > WORLD > ‘Fraud Squad’? US Congress has more socialists than ever but some leftists don’t think AOC & Co. fit the bill 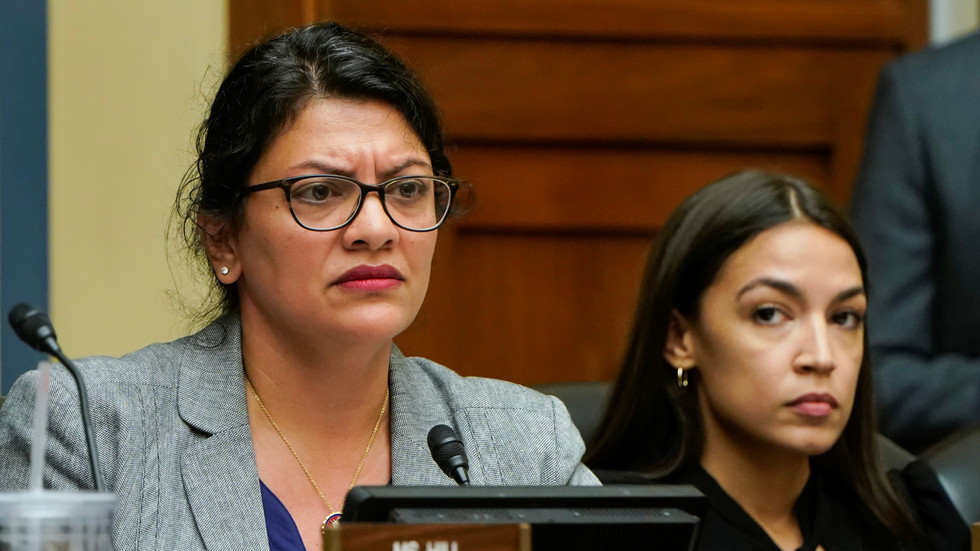 ‘Fraud Squad’? US Congress has more socialists than ever but some leftists don’t think AOC & Co. fit the bill

While the Democratic Socialists of America celebrated a historic number of their movement’s members entering Congress, critics argued that these Democratic Party progressives had no claim to the ‘socialist’ label.

Previously only two avowed socialists managed to secure House seats simultaneously. It happened first some 90 years ago, under the Socialist Party of America, and then in the 80s and 90s, with two DSA members acceding.

The DSA celebrated this perhaps modest milestone by tweeting an article, penned by one of their members for In These Times. The author, Maurice Isserman, touted the development as a “significant political landmark in the history of the American Left.”

"This is a significant political landmark in the history of the American Left — the first time in U.S. history that this many self-described socialists have held Congressional seats concurrently." via @inthesetimesmag https://t.co/Hbfh5KK2qS

However, the DSA’s apparent self-back-patting found quite a few critics online on Tuesday, who took issue with the supposed ‘socialists’ inside the Democratic party chumming up to corporate-friendly leaders, as well as with some of their foreign policy stances.

Quite a few commenters took issue with Ocasio-Cortez and the rest of the now-extended ‘squad’ falling in line and voting for Nancy Pelosi (D-California) as House Speaker, despite her openly opposing progressive policies like Medicare For All and the Green New Deal.

To boot, the House socialists appeared to have ignored the call by some left-wing activists to withhold their vote for Pelosi, unless she puts the Medicare For All up for a floor vote.

Commenters called the young politicians and the DSA the “fraud squad,” with one tweeter asking, “Where are the socialists? These are all regulation capitalists.”

They are liberal centrists that work for Pelosi

Who voted for Pelosi…

okay where are the socialists tho? these are all regulation capitalists.

Another group of critics, some having portraits of Joseph Stalin as their userpics, called the House socialists “imperialists,” who “vote for war crimes and coups.” This reaction was likely provoked by both Ocasio-Cortez and Tlaib voting for the increase in the US military budget in 2019, despite initially calling for cuts.

They vote for war crimes, coups, ICE cages, and sanctions, which no socialist would ever do. This makes them neocons.

The extended ‘squad’s’ vote for Pelosi on January 3 appears to have created a rift within the American left, especially since Ocasio-Cortez herself conceded in December that the Democrats “need new leadership.”

He came to Washington to drain the swamp & the swamp won: RT’s Boom Bust asks why Trump caved on stimulus bill