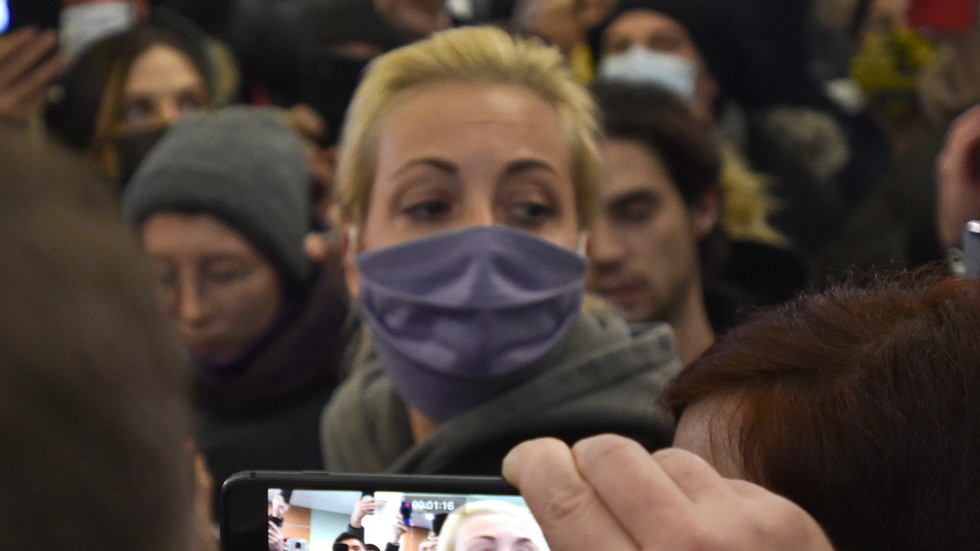 The wife of jailed Russian opposition figure Alexey Navalny, Yulia, has been again detained in Moscow after turning up at an unsanctioned rally calling for her husband’s release. Last Saturday, she was released after a few hours.

Footage available on social media shows several police officers placing Yulia into a van and driving away, as supporters chant her name. She was taking part in a protest staged on Sunday in Moscow to support her husband and is one of dozens taken into police custody in the capital. The gathering was organized despite a ban from the city authorities. There is a general prohibition on mass events in Russia, due to the Covid-19 pandemic.

A similar protest took place last Saturday week and resulted in clashes between demonstrators and the police, as well as hundreds of arrests. Yulia Navalnaya was also among those taken into custody that time.

Navalny’s supporters demand his release from jail, where he is being kept pending a court ruling on whether he violated the terms of his parole. Similar pro-Navalny protests in other Russian cities have been staged on both weekends.