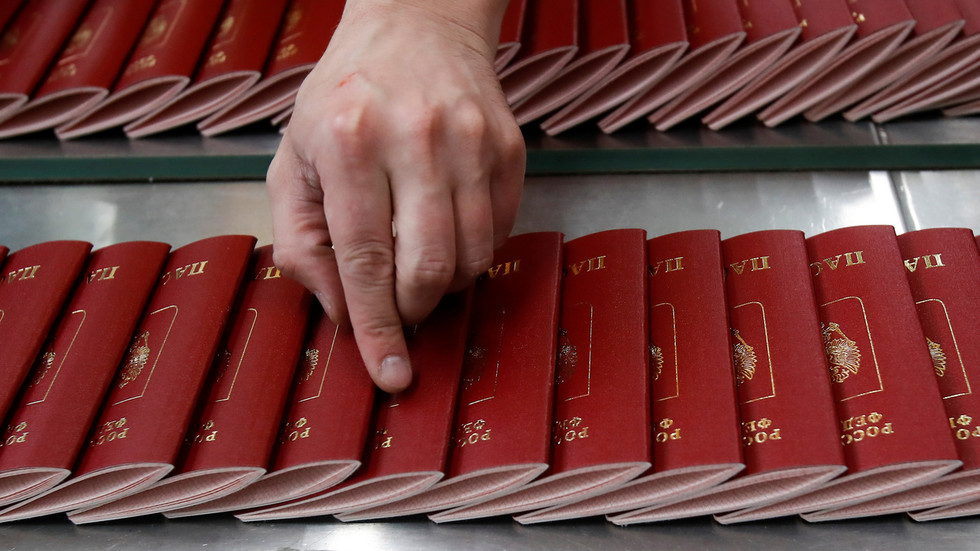 With Russia wanting to increase its population, the Kremlin has looked towards former Soviet nations as a source of migrants. The plan seems to have come to fruition in 2020, with 409,549 Ukrainians receiving a Russian passport.

Last year’s figures are an almost 40 percent increase on 2019’s, and mean the number of Ukrainian citizens who obtained Russian documents in the past four years is nearing the one million mark, at almost 900,000. The increased uptake in Russian nationality began in April 2019, when President Vladimir Putin signed a decree making it easier for residents of the unrecognized Donetsk and Lugansk People’s Republics to receive a passport. The breakaway regions are internationally recognized as part of Ukraine, including by Moscow.

The process was eased even further in 2020, when the government canceled the requirement to take a language exam if the applicant is Ukrainian or Belarusian. With these two simplifications, 2020’s figure of 409,549 is significantly larger than 299,422 of 2019.
With a declining native population, attracting new citizens is a priority of the Russian government. In 2019, Putin created a working group with the aim of attracting as many new citizens as possible to Russia through migration schemes and by reforming the citizenship rules.

As well as targeting Ukrainian citizens, Russia has begun removing barriers to other foreigners wishing to obtain citizenship. In April 2020, Russian President Vladimir Putin signed a new law removing the obligation of naturalized Russian citizens to give up their existing passports.

Before the law was passed, Russian MP Konstantin Zatulin called the idea “correct, long overdue and consistent with common sense,” noting that the new legislation will allow the diaspora-born to more easily obtain Russian citizenship.

We Want The Vaccines We've Ordered

Embracing the future or risking voter fraud? In 2024, Russia could vote for its president using the internet, top official reveals

What to do with $600 payments? CNBC asks financial advisers, gets dragged for tone-deaf & clueless tips

Democrats fawn over Biden’s INDOGERATION, as DC locked down ‘like Baghdad’ for the real thing