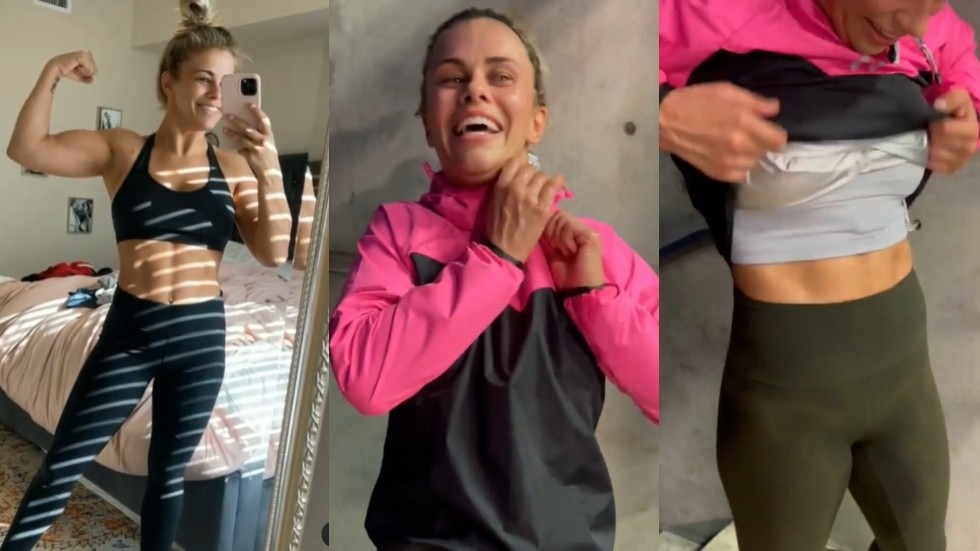 Days out from her debut in the all-action world of bare-knuckle boxing, ex-UFC bombshell Paige VanZant says she is “working her ass off” as she prepares to trade fists with rival Britain Hart.

The former UFC contender, who has graced the pages of Sports Illustrated’s famous ‘Swimsuit Edition’ and was beamed into homes on a weekly basis during a sting on popular television show ‘Dancing with the Stars’, is poised to take the next step in her combat career next weekend when she takes on pro boxer Hart.

VanZant inked a big money deal with the upstart fight league last year upon the expiration of her UFC contract, telling the media shortly afterwards that she was looking forward to challenging herself in purely stand-up contests after admitting that her grappling had let her down on more than one occasion during her nine-fight stint in the UFC.

To some, the concept of risking her All-American good looks in the murky world of bare-knuckle boxing is a risk but speaking when she signed her deal last year, VanZant said that she was eager for an opportunity to prove she is far more than just a pretty face.

“I feel like I still have this stigma in MMA that I’m just a pretty face, and what a way to prove to be people that’s not the way I see myself at all,” VanZant told ESPN, later explaining that she turned down offers from ONE Championship and Bellator – the promotion which houses her husband, Austin Vanderford.

And as she inches closer to the Bare Knuckle Fighting Championship’s unique unique circular ring, VanZant appears to be leaving no stoned unturned in her preparations after she posted a video to Instagram of her wringing a river of perspiration from her workout gear – an interesting switch from the reams of risque bikini shots which usually make up her social media profile.

But as some fight fans are warning her, perhaps now is the ideal time for her to flood her channel with all sorts of scantily-clad shots – lest she be forced to take a hiatus from Instagram in the event that her picture-perfect good looks are put through the meat grinder next weekend.

Red Fort To Remain Shut For Visitors Till January 31: Report

Pussy Riot: Russian protests are ‘battle for hearts and minds’

Covid: Israel vaccinates 16 to 18-year-olds ahead of exams

Whom to cancel next? Singer Ariel Pink dropped by label after artist attended pro-Trump rally that led to Capitol unrest

Mo to go? Liverpool considering SELLING Mo Salah as Egyptian ace said to be 'upset' with situation at Anfield