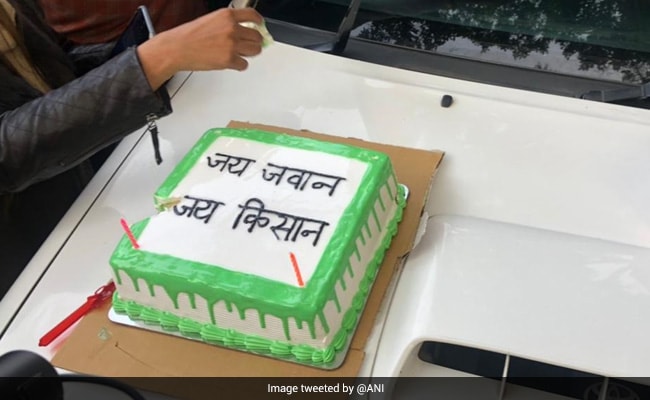 While the eleventh round of talks between the farmer unions and the Central government over the three farm laws was underway on Friday, the agitating farmers outside the Vigyan Bhawan in Delhi celebrated the birthdays of some of the members of farmer unions.

The farmers unions gathered at the premises of Vigyan Bhawan and celebrated the birthday of the members.

The eleventh round of talks between the farmers protesting against the new farm laws and the central government remained inconclusive.

On Thursday, the Samkyukt Kisan Morcha rejected the government’s offer to put the three farm laws on hold for one-and-half-years to break the impasse over their protest against the same.

They said that they wanted nothing but a complete repeal of all three legislations.

Farmers have been protesting on the different borders of the national capital since November 26 last year against the three newly enacted farm laws – Farmers’ Produce Trade and Commerce (Promotion and Facilitation) Act, 2020; the Farmers Empowerment and Protection) Agreement on Price Assurance and farm Services Act 2020 and the Essential Commodities (Amendment) Act, 2020.