Home > WORLD > Faded force Conor McGregor can kiss goodbye to Khabib rematch – so what next for The Notorious after UFC 257 defeat? 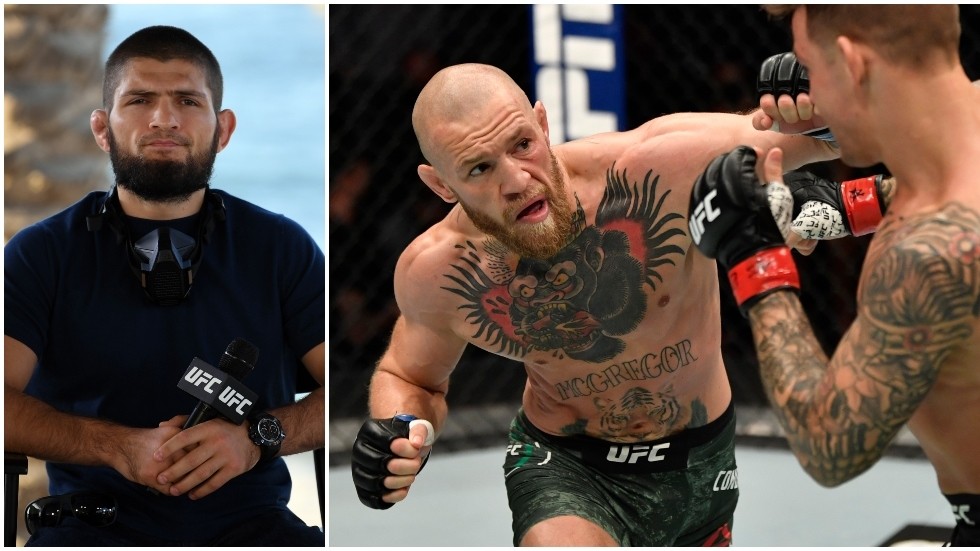 Faded force Conor McGregor can kiss goodbye to Khabib rematch – so what next for The Notorious after UFC 257 defeat?

After being knocked out for the first time in his MMA career, Conor McGregor has relinquished any chance of facing Russian rival Khabib Nurmagomedov again. So where does the Irishman go from here?

McGregor’s return to the UFC octagon after a 12-month hiatus did not go to plan at the Etihad Arena in Abu Dhabi.

After arriving on Fight Island earlier in the week on a superyacht in typically ostentatious style, it was not the smooth sailing back into the UFC lightweight ranks that McGregor had hoped for or foretold.

Instead, the 32-year-old was sent crashing with a second-round barrage from Poirier, who handed his rival a first-ever non-submission defeat inside the cage and also exacted revenge for his loss at the hands of the Dubliner back in 2014.

It was a polished performance from The Diamond as he now looks towards a shot at UFC gold in an exciting 155lbs division.

Fellow lightweight Michael Chandler, who marked his UFC debut in explosive fashion with a first-round finish of Dan Hooker in their co-main event earlier on in the card, could be the man next up for Poirier as the pair battle for the title.

Elsewhere, the likes of Brazil’s Charles Oliveira – who was impressive in his win against Tony Ferguson in December – and Justin Gaethje will continue to be mentioned in the title frame conversation.

But as things shape up for an intriguing 2021 among the UFC’s lightweights, the business end of the division looks like playing out without McGregor, at least in the immediate future.

Instead, the former two-weight champion will have to lick his wounds and reassess where he wants to go from here after a chastening experience in Abu Dhabi.

Already stupendously wealthy – as evidenced by his showy arrival on Fight Island – the Irishman must reassess whether the fire truly does still burn as it once did.

McGregor had looked smart and sharp in round one against Poirier before coming undone by the American’s damaging calf kicks and then getting caught out by a savage second-round assault.

For the second time in three fights, fans were left with the enduring image of McGregor looking battered, bruised and beaten.

The Irishman took his defeat with the good grace that had characterized the build-up to the fight, finding the words to praise Poirier and offering only a hint of an excuse by pointing to his inactivity as being behind his downfall.

McGregor vowed that he was ready to dust himself off and go again in 2021.

But the plan for the Irishman had always been to build up a head of steam and reassert his credentials to face Khabib again.

It’s the itch that the Dubliner has been desperate to scratch ever since he was choked out by his Russian nemesis on that spite-filled Las Vegas night back in 2018.

UFC boss Dana White had teased fans with the prospect that we could see the pair back in the octagon again, suggesting that Khabib could step out of retirement if one of his lightweight rivals suitably impressed him with something “spectacular” at UFC 257.

That seemed to be stretching credibility somewhat, considering the noises consistently coming from Khabib that he would stick to the retirement decision he announced after seeing off Justin Gaethje in October.

But still, White’s assertions allowed fans to dream that we could at least see McGregor and the Russian back in the octagon again – if the former could return with fireworks this weekend.

Instead, all the pyrotechnics were from Poirier as the Irishman fizzled.

Khabib took to social media to suggest that McGregor had been living a deluded existence which contributed to his downfall in Abu Dhabi.

McGregor hit back with a forlorn attempt to call the Russian out to answer for his words, but that fight really is a fantasy after this weekend’s events.

This is what happened, when you change your team, leave the sparring partners who made you a champion and sparring with little kids, far away from reality.

But even if the Khabib rematch has gone forever, it does not mean McGregor is without options – albeit as a somewhat faded force whose blockbuster allure has waned after his latest loss.

THE DIAZ TRILOGY AND FAN-FRIENDLY MASVIDAL

The immediate clamor after UFC 257 has been for McGregor to complete his trilogy with Nate Diaz, with whom he shared two classic encounters in 2016.

After Dana White said Diaz was set for an octagon return in 2021, a third fight with McGregor was a salivating prospect for many fans.

Another fan-friendly throwdown would be with inaugural UFC ‘BMF’ Jorge Masvidal.

The Cuban-American fell short in his tilt at welterweight gold last year, and while a fight with friend-turned-enemy Colby Covington beckons for Masvidal, a lucrative match-up with McGregor is one that he has previously talked up.

REGROUP AND RECOVER WITH LIGHTWEIGHT SUCCESS

Both those fights hold crowd-pleasing potential, but neither would realistically insert McGregor back into title contention at 155lbs – assuming that’s where the Irishman is truly chasing gold.

If he wants to regroup and rebuild in the lightweight ranks, McGregor may need to do so via a showdown with a rival lower down the rungs.

Should, as expected, Khabib vacate the 155lbs title then those most firmly in line to contest it are Poirier, Chandler, Oliveira and Gaethje.

That makes McGregor the odd man out. He could, however, face whichever one of Gaethje, Chandler or Oliveira does not get a shot at heir apparent Poirier.

Less alluring and lucrative would be Hooker – destroyed by debutant Chandler in Abu Dhabi – or even Tony Ferguson, although with back-to-back defeats, the 36-year-old sadly looks something of a spent force.

And then there is always boxing. McGregor made history with his lucrative foray into the ring to face Floyd Mayweather in 2017, and this was potentially said to be the year when we would see the Irishman between the ropes again, this time with Manny Pacquiao.

McGregor even alluded to that in his post-fight press conference in Abu Dhabi, referencing the brutal calf kicks Poirier had dished out and noting how he would be free of those in the boxing ring.

McGregor: "There's none of them leg kicks in boxing. I always did want to focus on my MMA career, but I'm also open. I'll just see what happens… That Manny fight was happening, it was as good as done."

But whether in the ring or the cage, it could all boil down to the question of whether McGregor still has the hunger to compete as he once did.

Dana White said as much in the wake of UFC 257, likening the Irishman’s story to that of Rocky Balboa.

“Look, there is too ways this goes – hungrier or I’m done, he’s got the money,” White said.

“This is like Rocky III, when you get offered a 300-foot yacht, it is tough to be a savage when he is living like he is.

“When he was a young kid he was hungry, now he has got everything he ever wanted so I don’t know, it goes this way or that way.”

McGregor now has to decide where the next act takes him – but one thing is certain, it will not involve Khabib Nurmagomedov as among the protagonists.

Germany To Use Corona Meds That Helped Donald Trump

Iran slams Trump's ‘reckless’ accusations it fired rockets at US Embassy in Iraq, comparing him to Bush but ‘far worse’

History made: Lionel Messi on the brink of breaking another record after drawing level with football icon Pele in club scorer list