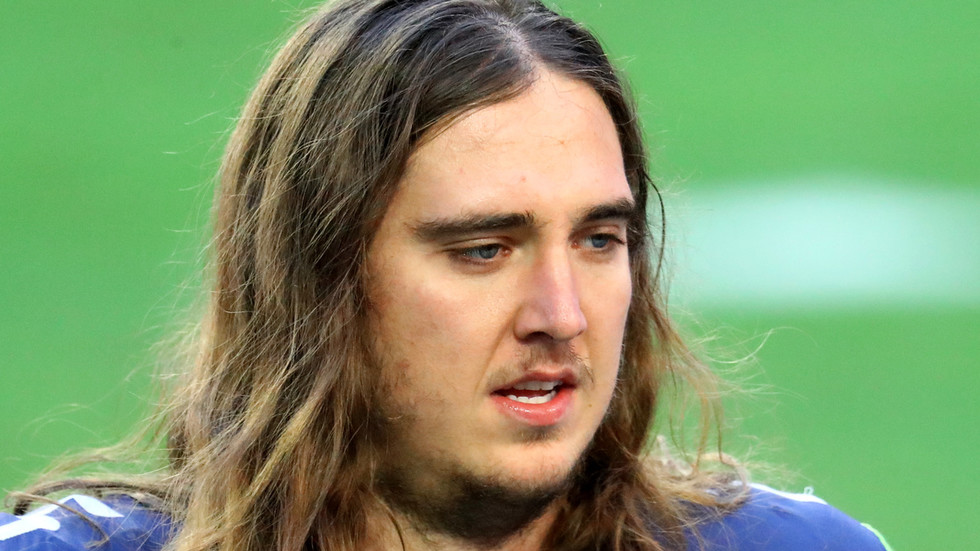 The Seattle Seahawks have severed ties with offensive lineman Chad Wheeler following his arrest for domestic violence after his girlfriend called police during an alleged violent assault in which she was twice choked unconscious.

Wheeler, 27, was charged with first-degree domestic violence assault, domestic violence, unlawful imprisonment and resisting arrest following an incident which, as described by court documents, saw the 6ft 7in offensive tackle “strangle, suffocate and beat the victim into unconsciousness twice“.

The documents say that Wheeler allegedly demanded that his girlfriend bow to him. When she refused, it is alleged that he engaged in a prolonged assault of the woman in which he strangled her unconscious. She is understood to have suffered a dislocated arm and several face wounds during the assault.

When she regained consciousness, reports indicate that he said, “Wow, you’re alive?“

She then locked herself in a bathroom where she called police and family members, say police. By the time authorities arrived, Wheeler had picked the lock and was in the bathroom with the woman.

He was initially unco-operative with police but soon calmed down, telling them “sorry” and that “I don’t beat women“.

The report also indicates that Wheeler has been prescribed bipolar medication but had not been taking it, with his girlfriend saying that he had a manic episode which seemed to come from nowhere.

In a statement released to Twitter by Wheeler, he apologized for his actions and said that he was “truly ashamed“.

Events happened over the weekend that transpired from a manic episode. I am deeply sorry for the pain and suffering that I have caused to Alleah and her family.

It is time for me to walk away from football and get the help I need to never again pose a threat to another. I cannot express my sorrow or remorse enough. I am truly ashamed.

“Events happened over the weekend that transpired from a manic episode. I am deeply sorry for the pain and suffering that I have caused to Alleah and her family,” he wrote.

“I apologize profusely for the turmoil that I have caused to my family, teammates, fans and those closest to me. The most important thing right now is that Alleah gets the care she needs and I get help. Both are happening.

“It is time for me to walk away from football and get the help I need to never again pose a threat to another. I cannot express my sorrow or remorse enough. I am truly ashamed.”

The Seattle Seahawks, for whom Wheeler had played sine 2019, announced in the wake of the reports that they had cut the player from their roster.

“The Seahawks are saddened by the details emerging against Chad Wheeler and strongly condemn this act of domestic violence. Our thoughts and support are with the victim,” the statement reads.

“Chad is a free agent and no longer with the team. We encourage Chad to get the help he needs.”

In pictures: Cycling 5,000 miles in a city of change

Capitol riots: Has the US legislature been attacked before?

‘I will not suffer Q people’: Alex Jones wins MSM plaudits for venting fury at QAnon in viral clip

Covid: Thanksgiving the cause of a spike in US infections?