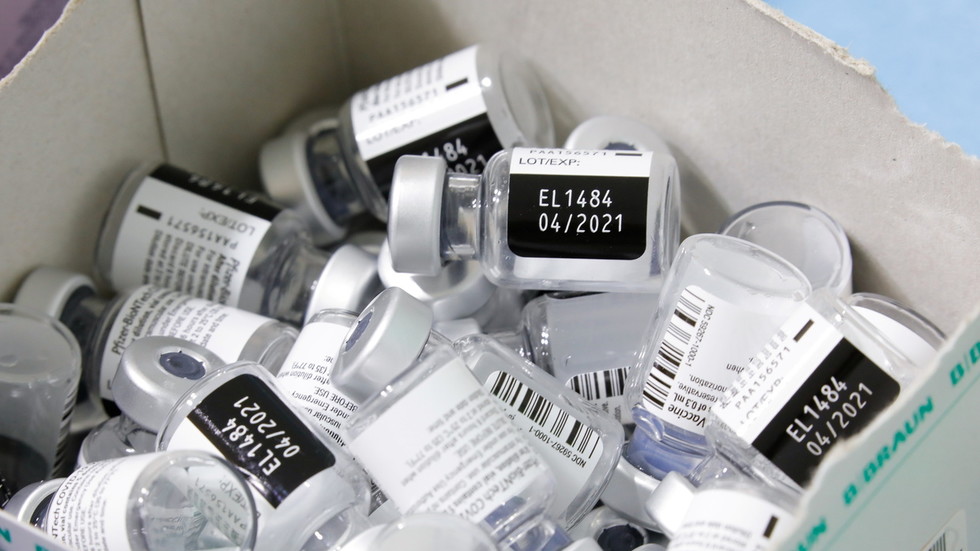 The European Medicines Agency has approved increasing the number of doses in a vial of the coronavirus vaccine made by Pfizer and BioNTech from five to six, boosting available doses of the jab by 20 percent.

Revealing the move on Friday, German Health Ministry spokesman Hanno Kautz told reporters on Friday that the changes would come into effect immediately. The decision follows similar action in the UK and US.

Pharmaceutical companies frequently put more of the vaccine substance into the vials than strictly necessary, ensuring minimum dosages can be met even if there is some spillage.

However, with the urgent inoculation process starting around the world, there have also been suggestions that there might be a shortage of glass vials for the vaccines.

Jonathan Van-Tam, England’s deputy chief medical officer had previously said: “It’s not just about vaccine manufacture. It’s about fill and finish, which is a critically short resource across the globe.”

The regulatory change concerning the extra dose per vial follows a barrage of criticism, largely focused on Brussels, for the slow pace of vaccine rollout across the 27-nation bloc.

On Friday, European Commission President Ursula von der Leyen warned EU member countries against ordering Covid-19 vaccines in their own side deals, saying it undermines the bloc’s efforts to tackle the virus as a collective front as she announced that Brussels had secured another 300 million Pfizer doses.

The European Medicines Agency also confirmed on Friday that it expects AstraZeneca to apply for its Covid-19 vaccine approval next week; if successful, it would become the EU’s third inoculation against the disease.

Which Is Safer To Use Amid Data Collection Concerns

‘As if it was Baghdad’: US Secret Service creates fortified ‘Capitol Green Zone’ ahead of inauguration