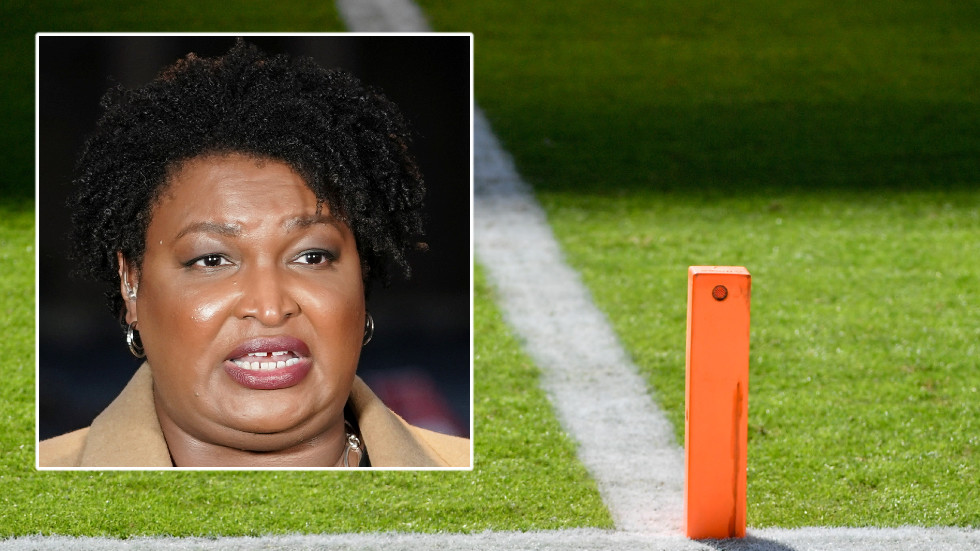 NFL legend Terrell Owens has condemned an American football coach who sent a tweet to Stacey Abrams, losing his job after attacking the democrat politician and activist over her weight and race and accusing her of being a cheat.

The former nominee for governor had delivered a victory in Peach State for president-elect Joe Biden, turning the state democratic for the first time in almost three decades – and Malone was evidently enraged as outgoing president Donald Trump continued to claim that the vote was rigged.

“Congratulations to the state GA and Fat Albert [Abrams] because you have truly shown America the true works of cheating in an election, again,” seethed the assistant on his personal account.

With new votes joining the tally, we are on a strong path. But even while we wait for more, let’s celebrate the extraordinary organizers, volunteers, canvassers & tireless groups that haven’t stopped going since Nov. Across our state, we roared. A few miles to go…but well done!

IN OUR INBOX: We’ve heard that @UTChattanooga assistant football coach, Chris Malone, deleted his account after posting this vile comment. Parents and students are outraged. pic.twitter.com/0bNJ1HYgPx

“Enjoy the buffet, big girl. You earned it. Hope the money is good, still-not-governor.”

Fat Albert is a black character created by comedian Bill Crosby and depicted in a popular US cartoon. Abrams was the first African-American female major-party gubernatorial nominee in the US.

UTC director of athletics Mark Wharton described the post as “totally inappropriate” and “appalling”, and head coach Rusty Wright announced that Malone had been dismissed after his account disappeared.

Thank you for taking quick action to address the issue. It's an important lesson – actions and words have consequences. While we have a right to freedom of speech, it is important to realize that we also have to accept responsibility for what we say and the consequences of words.

“What was posted on social media by a member of my staff is unacceptable and not any part of what I stand for or what Chattanooga Football stands for,” said Wright.

“Life is bigger than football and, as leaders of young men, we have to set that example, first and foremost. With that said, effectively immediately, that individual is no longer a part of my staff.”

San Francisco 49ers hall-of-famer Owens said he supported the decision to remove Malone, adding the hashtags “no room for racism” and “no room for hate”.

'My new life with a stranger's face'

‘You just have to be more chill,’ says 101yo Russian woman who beat Covid-19