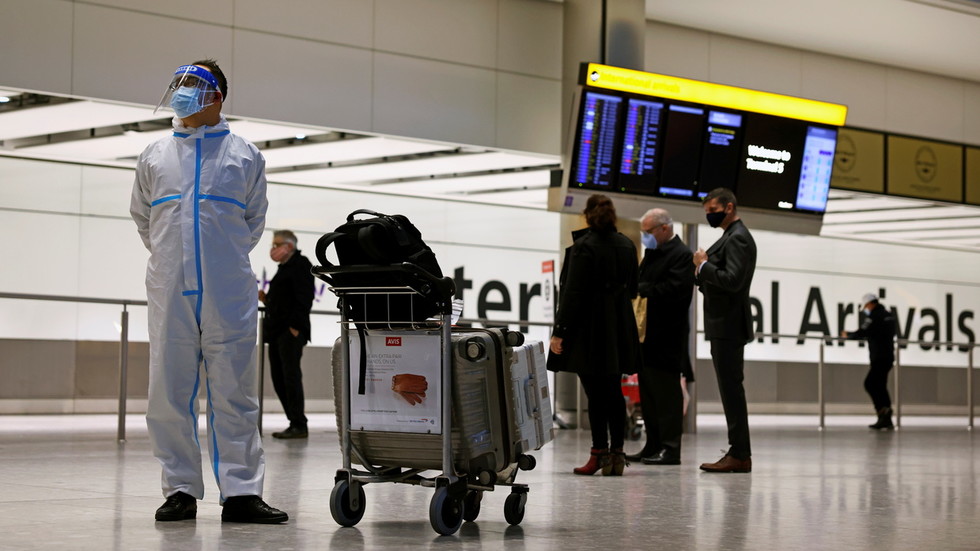 England’s new Covid quarantine scheme faced difficulties almost immediately, with the booking system for international arrivals from ‘red list’ countries being taken offline minutes after it launched due to a “technical issue”.

The UK’s Department of Health acknowledged the problems on Friday, stating that the system would be ready “well before” the new quarantine measures officially come into effect on Monday, with the government hoping it would be working again later on Friday.

The booking website was launched on Thursday, at 1pm GMT, but has not been accessible since, with a message on the site simply stating, “We’ll be back soon! Sorry for the inconvenience, but we’re performing some maintenance at the moment.”

Shadow Home Secretary Nick Thomas-Symonds, of the opposition Labour Party, criticised the ruling Conservative Party for the failure, demanding it “fix this urgently” and denouncing its new measures as “showing signs of failing from the outset”.

A spokesperson for the Department of Health rebuffed Labour’s remarks, reassuring the public that quarantine-hotel rooms were available and inbound travellers would be able to book them and self-isolate as planned from Monday.

To control the spread of new variants of Covid-19, the government has announced that all arrivals into England from 33 ‘red-list’ countries will have to pay £1,750, quarantine in a managed hotel for 10 days, and take two coronavirus tests – one on day two and one on day eight.

While the devolved nations of Wales and Northern Ireland have not yet followed suit, Holyrood has stated that all individuals, regardless of their departure country, who fly direct into Scotland will have to follow hotel-isolation protocols. Scottish First Minister Nicola Sturgeon has called on the UK to extend the rules similarly, so as to encompass all international arrivals, and to quarantine in England all inbound travellers from any country whose final destination is Scotland.

Your pictures on the theme of 'shelter'