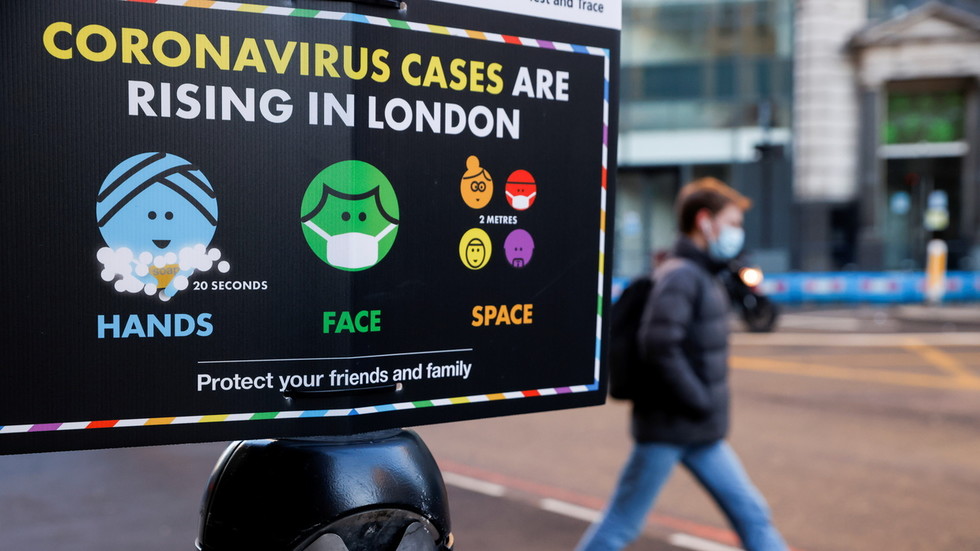 Scientists studying the coronavirus pandemic have warned that, while infection rates have fallen by a small amount, there are still a high number of people with Covid-19 in England, as one in 64 people are infected with the virus.

The latest findings from the Real-time Assessment of Community Transmission (REACT) study, which was commissioned by the Department of Health, warned that Covid-19 wasn’t being brought under control as quickly as in the previous lockdown, due to the more contagious variant of the virus.

Data shows that 1.57 percent of people in England had coronavirus between January 6 and 22, which was a 0.01 percent fall from the previous figures earlier in the month. However, some areas reported higher rates and others even saw a mild increase in infection levels.

Steven Riley, Imperial College London’s professor of infectious-disease dynamics, warned that, while infection rates are “going in the right direction”, they are not falling “fast enough”.

England is in the midst of a third national lockdown, with Prime Minister Boris Johnson having announced a three-week extension of the measures on Wednesday. Figures show that the restrictions have helped to reduce the rise in infections but have so far failed to deliver the sharp drop the government had hoped for.

Professor Paul Elliott, who is the director of the REACT study programme at Imperial, stated that the infection levels reflect the need for people to follow lockdown rules and remain at home or else risk stressing still further the “already over-stretched health system”, which can’t cope with the number of individuals requiring serious care.

Since the start of the pandemic, the UK has reported 3.72 million infections and more than 102,000 deaths from Covid-19. In the past seven days, 25,985 people have been admitted to hospital, bringing the total over the course of the outbreak to 377,686, with 3,961 patients currently on ventilators.

‘Bring your own pen’: UK local elections to go ahead in May despite Covid-19