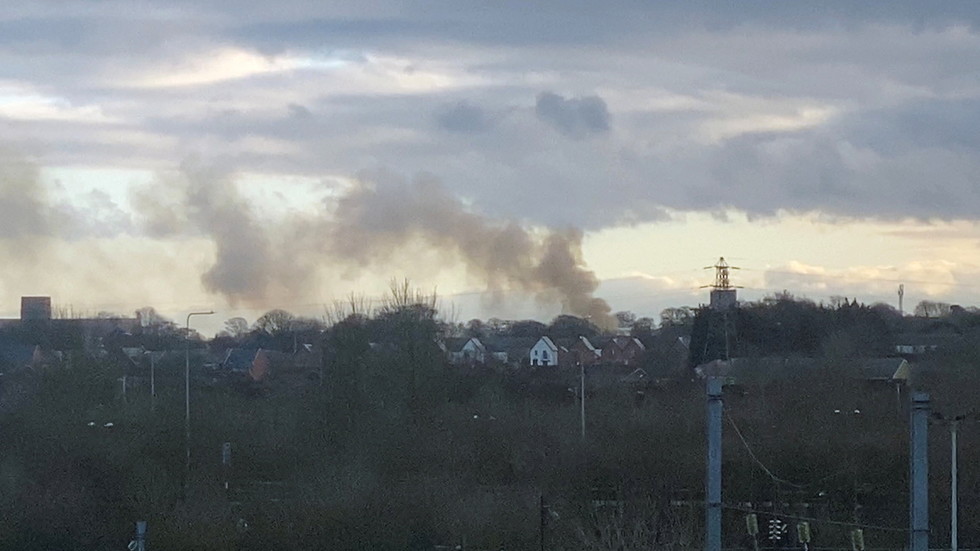 A fire has broken out at a former army barracks in Kent, which protesters and an MP are demanding be closed due to the poor conditions hundreds of asylum seekers are living in while they wait for their application to be processed.

Eight fire engines and police were called to Napier Barracks in the coastal town of Folkestone, in southeast England on Friday, after a blaze in one of the buildings on the site started at around 2pm GMT.

A fire in #NapierBarracks has been going on for over an hour… Where are the firefighters? People inside are terrified. They say it’s like a war scene. It follows info NO more transfers. #ShutNapier pic.twitter.com/GJz30bzvLn

The barracks has seen past demonstrations from residents and activists over supposed poor living conditions. pic.twitter.com/wynlqogyk1

“At this stage, there have been no reported injuries, and enquiries remain ongoing to determine the cause of the fire and establish whether any offences have been committed,” Kent Police said in a statement.

A spokesperson for Kent Fire and Rescue Service said the fire is now under control. It had earlier advised people living nearby to keep their windows and doors closed due to smoke from the blaze.

According to the KentOnline news platform, one of its reporters was told to move away from the area due to potential asbestos fumes in the smoke.

Residents and activists have been demonstrating outside the barracks over the alleged poor living conditions at the site.

On Thursday, protesters carrying placards warning Home Secretary Priti Patel, “There will be blood on your hands” demanded the substandard accommodation be shut down, and hurled buckets of fake blood over the perimeter fence.

Some 120 asylum seekers have tested positive for Covid-19 at the barracks and recently received letters informing them that their existing “social bubbles” would be split up so they could self-isolate, according to the migrant and refugee charity Care4Calais.

However, residents told RT UK earlier this week that social distancing is not possible on the site, which accommodates people in dormitories, and that, because of the lack of space, some still have to share accommodation with people who have contracted Covid.

In a statement, Patel said the “damage and destruction” at the barracks is “not only appalling but deeply offensive to the taxpayers of this country.”

A statement on the shocking scenes at Napier barracks. pic.twitter.com/OUqPNydlyh

She added that “the Home Office will support the police to take robust action against those vandalising property, threatening staff and putting lives at risk,” although she did not clarify which vandals she was referring to.

In the past fortnight, UK Shadow Immigration Minister Holly Lynch has written to the government regarding the situation at the barracks, but claims not to have received a reply to her request to virtually visit the site to check the conditions there for herself.

‘Cancel culture is like a medieval mob’: Mr. Bean blasts the woke brigade and social media giants for increasing polarization