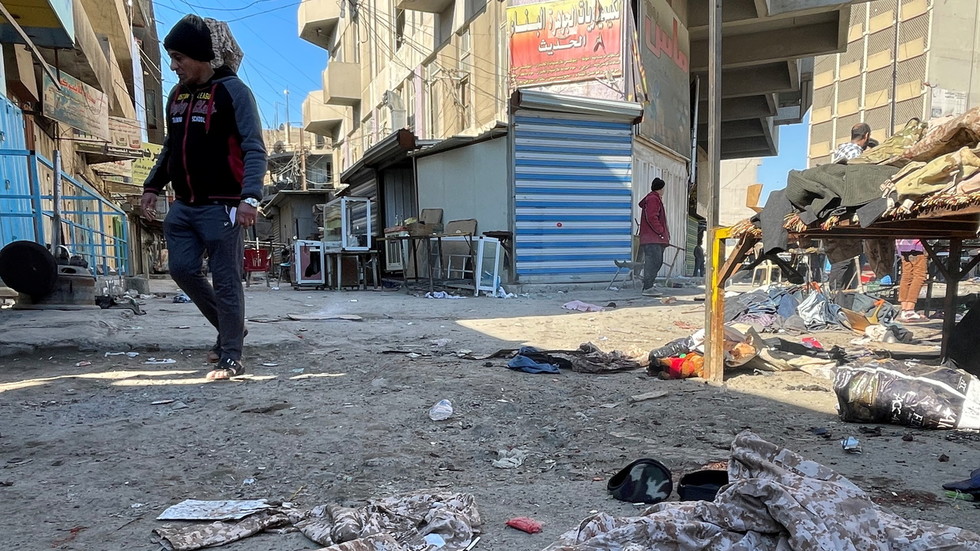 Double suicide bombing hits Baghdad, killing at least 13 and injuring around 25 others

The Iraqi government has confirmed social media reports of two suicide bombings in the country’s capital, with the explosions in central Baghdad killing at least 13 and injuring around 25 others.

Two explosions were heard in Tayaran Square, Baghdad by witnesses after suicide bombers are believed to have detonated explosive vests in the area’s busy marketplace.

Breaking: Moment of the second blast hitting shoppers in a public street market in Baghdad pic.twitter.com/8EFQEEg1g5

In response to the attack, Iraq has deployed intense security measures and closed roads around the site of the attack, establishing a green zone while they evaluate the extent of the casualties and damage caused, according to state media.

While there are reportedly 13 confirmed fatalities and 25 injuries at the moment, that number is expected to rise, according to local police.

Breaking: Two explosions hit a local market in Baghdad, confirming now the details from near by witnesses #Iraq pic.twitter.com/dBVqDlHitQ

The country has been on high security alert since the beginning of this month over concerns of a potential attack, and local authorities have been conducting field inspections around Baghdad International Airport as part of an operation to find and disarm any unauthorized weapons. It’s not clear if this incident is linked to that security threat.

So far, no group has claimed responsibility for the suicide bombings.

What is the Paris climate agreement and why is the US rejoining?

Covid in California: The state is struggling to contain the virus