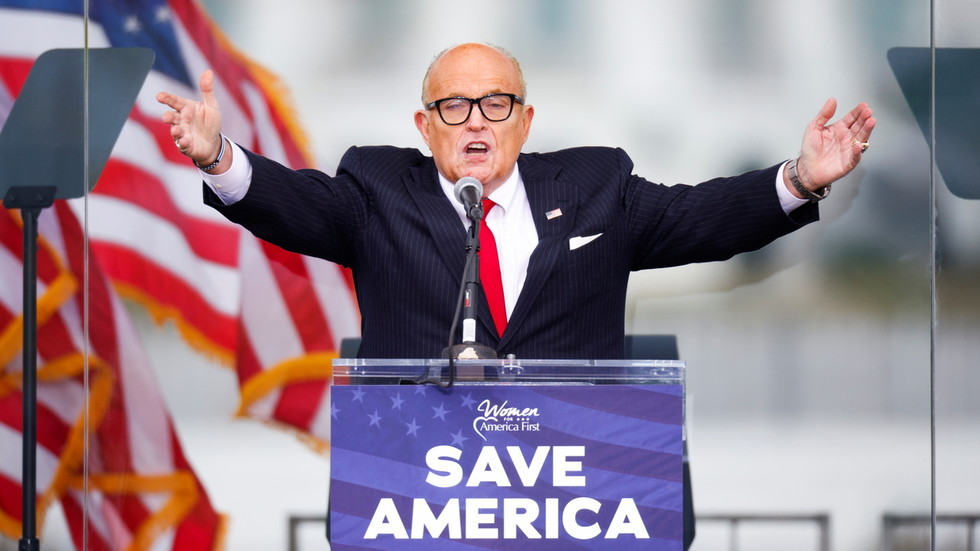 Donald Trump’s lawyer Rudy Giuliani is being sued by Dominion Voting Systems over claims of fraud during the 2020 US presidential election. The company is seeking $1.3 billion in compensatory and punitive damages.

The lawsuit was filed in the Federal District Court in Washington, DC on Monday. The massive 107-page document lists over 50 statements from Giuliani which he made on Twitter, his podcast, in the media, and during legislative hearings about Dominion – one of the largest companies selling voting machines used in the US.

Giuliani, like many other prominent supporters of former President Donald Trump, has repeatedly pointed the finger at the company as one of the main culprits behind Trump’s election loss. Dominion has been accused of being part of an alleged plot to fix the election in favor of the Democrats, which, alongside mass mail-in voting, allegedly facilitated the “steal” of Trump’s presumed ‘victory’.

Dominion has accused Giuliani of waging a “viral disinformation campaign” and repeatedly producing “defamatory falsehoods” about it. It also claimed the allegedly false statements from Trump’s lawyer have stirred up a storm of death threats against its employees.

To illustrate the damage presumably done by Giuliani, the lawsuit provides a long list of screenshots from assorted internet uses, primarily from Twitter, fuming at Dominion and accusing it of facilitating the election “steal.” The voting machines and sharp spikes in vote counts in favor of Joe Biden, widely attributed to the system, have been among the centerpieces of conspiracy theories for the pro-Trump crowd in the aftermath of the turbulent election.

The lawsuit also highlights Giuliani’s role in the January 6 Capitol Hill riot, accusing him of stirring up the violence. The document quotes Giuliani’s address at the pro-Trump rally shortly before the violence, when he urged supporters to engage in “trial by combat.”

The company is seeking at least $1.3 billion in compensatory and punitive damages from Giuliani, demanding a trial by jury, according to the court documents.

The lawsuit against Giuliani largely resembles the one against another pro-Trump lawyer, Sidney Powell, filed by the company earlier this month. Powell has been accused of waging a “viral disinformation campaign” as well, with Dominion seeking the same eye-watering sum of 1.3 billion in damages from her.

Tehran to use Russian, Chinese, Indian & own vaccines, while US jabs are rejected due to ‘lack of trust’ – Iranian FM to RT

Cases In Last 24 Hours On April 18; Cases In Delhi, Maharashtra

In Assam, Advance Booking Of Hotels For Congress Amid Poaching Fear: Sources

US, China “Committed To Cooperating” On Climate Crisis: Statement