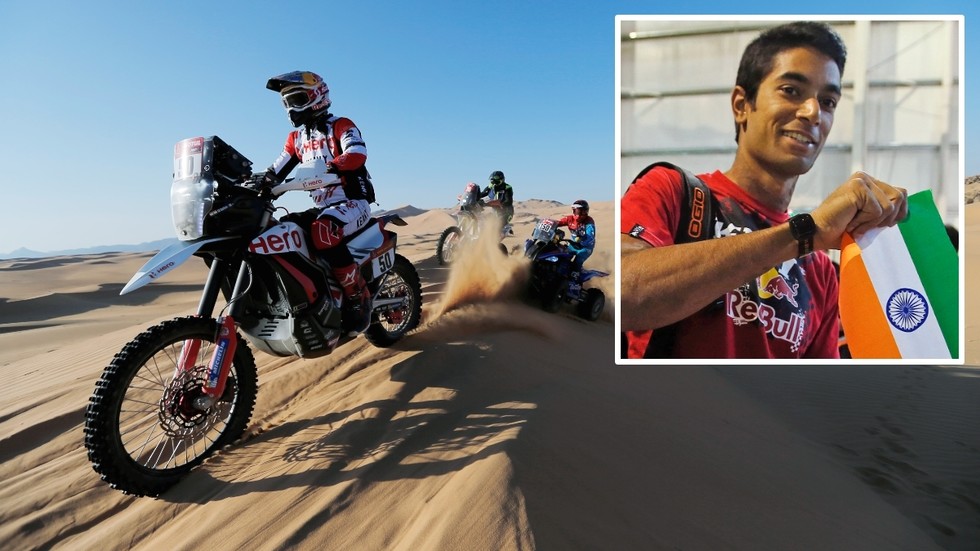 Disaster in the desert: Indian motorcycle ace CS Santosh placed in a COMA after huge crash at Dakar Rally

Three-time Dakar Rally finisher CS Santosh was taken to a Riyadh hospital and placed in a coma after a huge crash at the race in Saudi Arabia, with two of his fellow riders rushing to save him before he was airlifted to hospital.

The 37-year-old Indian enduro racer, who was taking part in his fourth Dakar Rally, suffered a massive accident during the fourth stage of the grueling endurance event and was rushed to hospital, where medics placed him in an induced coma to stabilize his condition.

Speaking to rallymaniacs.com, Dutch Husqvarna rider Paul Spierings and Italian racer Maurizio Gerini worked together to resuscitate Santosh before the emergency helicopter arrived to take him to hospital.

“When the helicopter arrived after 15 minutes, I luckily felt a pulse again. That was a huge relief,” said Spierings.

Prayers for the speedy recovery of our renowned motor racer CS Santosh who suffered crash at the #DakarRally2021..It’s an unfortunate incident let’s pray together for his recovery #CSSantosh #dakar2021 pic.twitter.com/6wQ6ZuQAHQ

“I was able to act well because I knew what to do, but I had never resuscitated anyone in real life.”

The Dakar Rally, which sees racers in cars, bikes, trucks and quad racers and UTV vehicles race across the Saudi Arabia desert, originally started as a race between Paris and the Senegalese capital.

While the route has changed, the Dakar Rally is still renowned as one of the most grueling, and dangerous, motor races on the planet.

Santosh himself withdrew from the 2020 race after his Portuguese teammate Paulo Goncalves died during the event, while Dutch racer Edwin Straver lost his life during last year’s event.

In pictures: The beauty of toilets

‘Not something to brag about’: Dallas Cowboys owner Jerry Jones slammed for boasting about ‘record attendances’ during pandemic