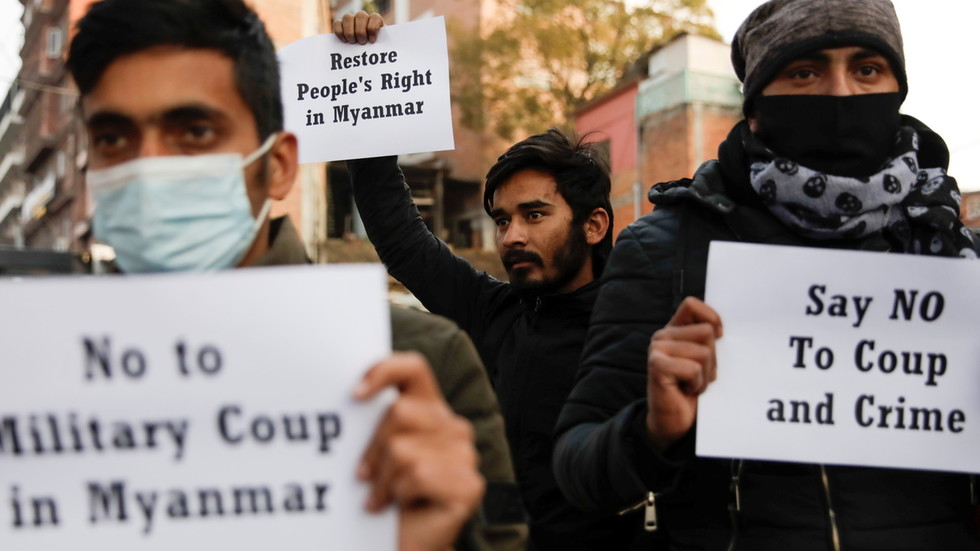 US President Joe Biden called the military seizure of power in Myanmar a “direct assault” on democracy and rule of law, demanding they “immediately” surrender or face an “international community” response, including sanctions.

In a statement on Monday afternoon, the White House called this action “a direct assault on the country’s transition to democracy and the rule of law” and said this “reversal of progress” toward democracy will “necessitate an immediate review of our sanction laws and authorities, followed by appropriate action.”

Just in: Biden administration says it will immediately review the reversal of US sanctions on Burma over the past decade in light of yesterday’s military coup. pic.twitter.com/6mgfgZjYCY

Biden also called on the “international community” to “come together in one voice to press the Burmese military to immediately relinquish the power they have seized, release the activists and officials they have detained, lift all telecommunications restrictions, and refrain from violence against civilians.”

“We will work with our partners throughout the region and the world to support the restoration of democracy and the rule of law,” the statement continued. “The United States will stand up for democracy wherever it is under attack.”

The Obama administration lifted US sanctions against Myanmar in October 2016, declaring that the 2015 elections which saw victory for Suu Kyi’s party was a step toward democracy.

Biden’s statement also repeatedly referred to the country as “Burma,” the name used in British colonial times. It was officially changed to Myanmar by the military government in 1989, but both domestic critics and foreign governments challenging its legitimacy have continued to use “Burma.” While the mainstream US media have since switched to Myanmar, the government in Washington has not followed suit.