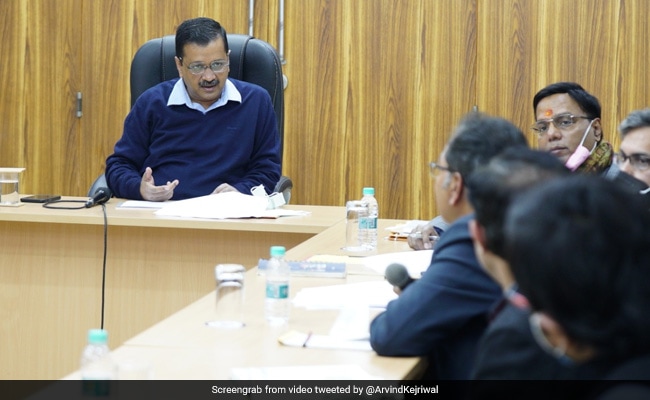 Delhi To Implement Technology For Real-Time Monitoring Of Pollution Sources

Delhi Chief Minister Arvind Kejriwal has said his government is collaborating with the IITs in Kanpur and Delhi and environment think-tank TERI for real-time monitoring of pollution sources in the national capital.

At a meeting between Mr Kejriwal and experts from the IITs and The Energy and Resources Institute (TERI), it was decided that the Delhi government will work with teams of researchers, launch real-time source apportionment project in Delhi and set up an advanced monitoring system for real-time pollution sources.

In a tweet, the chief minister said: “IIT Kanpur, IIT Delhi, and TERI have developed technology for real-time source apportionment of pollution. Had a meeting with their experts. We will work with them to implement it in Delhi If we know the source of pollution on a real-time basis, it will help us take immediate action.”

According to an official statement, “The real-time monitoring of the sources of pollution will help the Delhi government take immediate action against these sources. Kejriwal has directed senior officials to work on the matter and submit a proposal to the Cabinet in this regard. After clearance from the cabinet, work will start in full swing.”

It said under this initiative, the Delhi government will establish a super-site and a mobile site to find out the sources of pollution real-time at a given hotspot.

“First, the Delhi government will install a super site and mobile site at the pollution hotspots on a pilot basis to study the work of these machines. After a month, it will study the results and work accordingly… The entire project will be carried out under the guidance of Professor Mukesh Sharma from IIT-Kanpur,” Mr Kejriwal said in an official statement.

According to the statement, the Delhi government will be the first in the country to use this technology to find out sources of pollution real-time.

“It is noteworthy that the Delhi government is committed to reducing air pollution and improving air quality. For this, it has initiated an electric vehicles policy and is also running a ”Switch Delhi” campaign to encourage citizens of Delhi to switch from polluting fuel-run cars to EVs,” the statement said.

The Delhi government said Arvind Kejriwal was satisfied with the presentation of the researchers of IIT Kanpur, IIT Delhi, and TERI.

“He has directed officials to start the process of using this technology. The Delhi government will bring a proposal of setting up these advanced techniques to study real-time pollution sources before the Cabinet, after which the work will start,” it said.

The chief minister reiterated that his government is committed to curbing air pollution and several initiatives have been launched in the last one year also to acheve that goal.

“This also includes the electric vehicle policy which is considered the most ambitious policy across India. Now, with this new technology, the Delhi government will be able to find out the sources of pollution in real-time and will take steps accordingly to finish these sources,” the statement said.

It said according to the presentation this technology will clarify the factors responsible for the spike in air pollution at a particular spot and also help to study the real-time effect of vehicles, dust, and smoke emanating from factories.

Can Diabetics Replace Sugar With Honey? Here’s The Answer Revealed