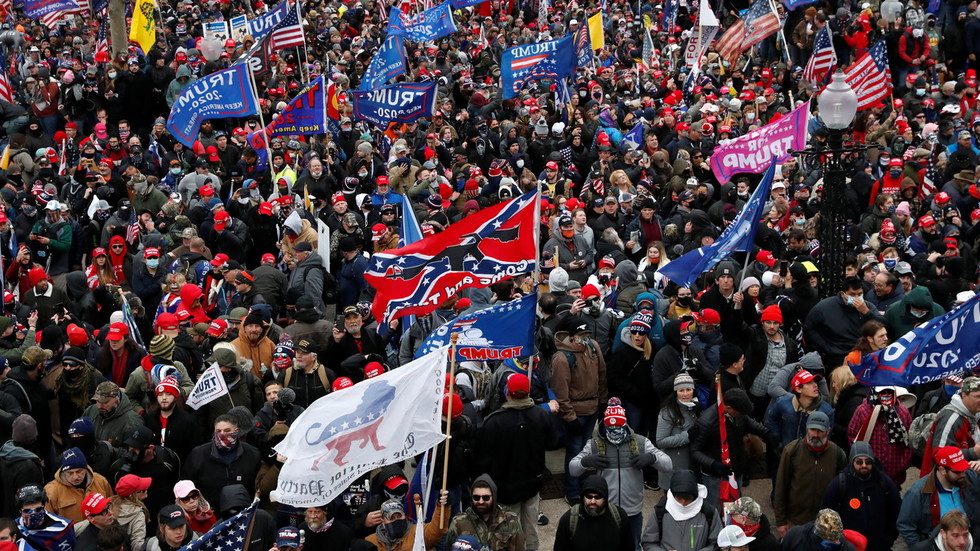 At least four people lost their lives during the unrest on the US Capitol grounds, and 14 officers suffered injuries while conducting over 50 arrests during clashes with Trump supporters who besieged the Congress.

Washington, DC police chief Robert Contee confirmed on Wednesday night that a woman who died of a gunshot wound was actually shot by the US Capitol Police. In addition, three others died of undisclosed “medical emergencies” amid the chaos.

Police also recovered pipe bombs both at the RNC and the DNC offices, and found a long gun and molotov cocktails inside a vehicle on Capitol grounds. In total, 52 people were detained in the unrest, many of them for curfew violations.

I have issued Mayor’s Order 2021-003, extending the public emergency declared earlier today for a total of 15 days, until and unless provided for by further Mayoral Order.

In the meantime, DC Mayor Muriel Bowser extended her emergency declaration for two weeks, until after Inauguration Day on January 20.

‘This is a time for extreme courage,’ Trump tells Mike Pence in plea to ‘veto’ Congress’ Electoral College certification

Covid-19: Are pandemics the new normal?

Trump’s taxes: Why they matter to a criminal probe