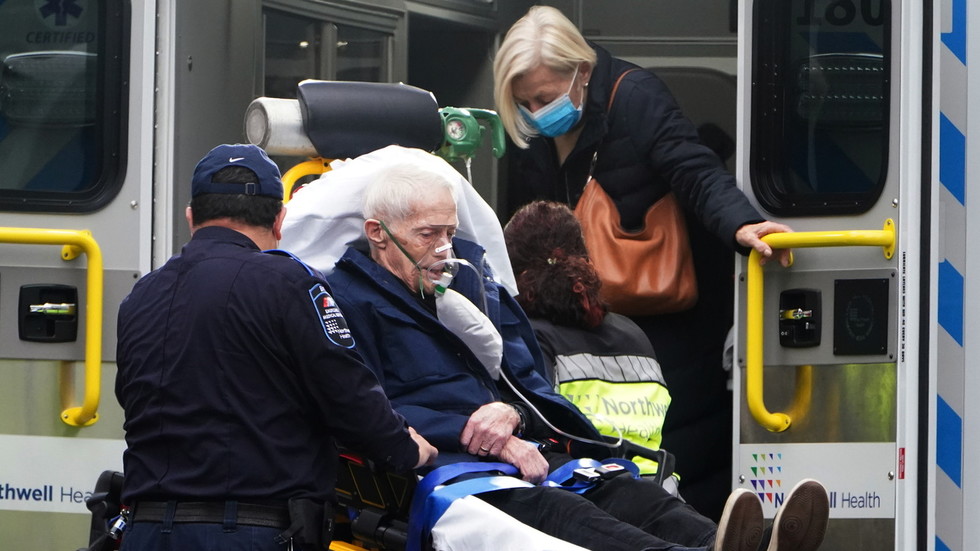 Investigating a sample of 62 of the state’s approximately 600 nursing homes, Attorney General Letitia James found that the state reported only 1,229 nursing-home deaths from those facilities, while the homes themselves reported 1,914 deaths from Covid-19.

If that same discrepancy holds true statewide, that would mean deaths in nursing homes from the virus are being underreported by a whopping 56 percent. That would put the state’s reported 8,711 deaths closer to 13,000.

“As the pandemic and our investigations continue, it is imperative that we understand why the residents of nursing homes in New York unnecessarily suffered at such an alarming rate,” James said on Thursday.

More than 20 nursing homes are currently under investigation for underreporting numbers and not enforcing Covid-19 prevention guidelines.

New York’s Health Department does not count the deaths of patients who pass on after being transferred to a hospital, which can account for at least some of the differences in numbers – and New York’s government has long been accused of downplaying the effects of Covid-19, especially in nursing homes.

Cuomo himself has been the target of many of the accusations, with an early order during the pandemic forcing nursing homes to accept Covid-19-positive patients being pointed-to by critics as likely leading to thousands of senior deaths. James found the decision “may have put residents at increased risk of harm in some facilities” and lead to unnecessary deaths.

“It’s finally happening.  @NYGovCuomo is going to have to answer for his role in the nursing home tragedy and the cover up. The angels won,” Fox News’ Janice Dean tweeted in reaction to the new report. Dean has been one of Cuomo’s most outspoken critics, having lost both of her in-laws to Covid-19 while they were staying at a New York nursing home during the pandemic.

It’s finally happening. @NYGovCuomo is going to have to answer for his role in the nursing home tragedy and the cover up. The angels won.

“Oh man, this is going to cement Andrew Cuomo’s Oscar,” Bulwark editor Sonny Bunch wrote, referring to Cuomo oddly winning an Emmy award during the pandemic for his daily press conferences despite numerous controversies swirling around his leadership.

I guess this is why they went through such great lengths to avoid having this conversation… that and it undercuts the thesis of Cuomo’s book on “leadership!”🙄

Cuomo has put blame on the federal government for New York’s high casualties from Covid-19.

Speaking on MSNBC this week, he said New York was “ambushed like no other state” due to “federal incompetence,” adding that “incompetent government kills people.”

‘It’s all about the money’: Canelo issues sparring invite to YouTube brothers the Pauls and claims they ‘lack respect for boxing’

'Nail polish in camouflage'? Army eases grooming rules, allows PONYTAILS and LIPSTICK in the name of 'equity' and 'inclusion'

‘Zombie Angelina Jolie’ statue which terrified residents in Russian city lasts just one day, torn down after outcry from locals