Home > EUROPE > ‘Cruel and unnecessary’: UK government will ask parents to test their kids twice a week for Covid at home – reports 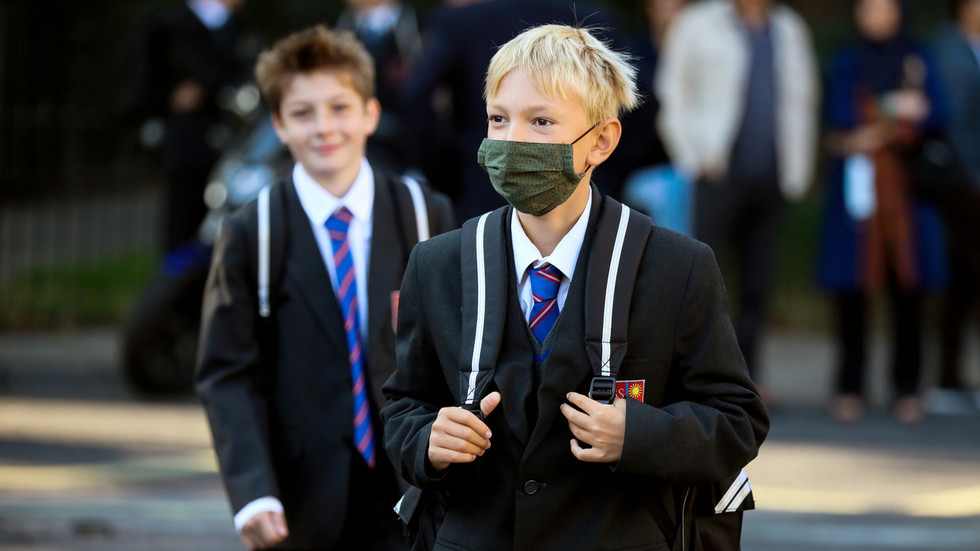 ‘Cruel and unnecessary’: UK government will ask parents to test their kids twice a week for Covid at home – reports

The British government is reportedly planning on asking parents to test their children for Covid-19 twice weekly once schools reopen. The rumoured plan has been met with a wave of condemnation.

Boris Johnson’s government is expected to announce the phased reopening of schools as early as next week, with March 8 slated as the target date for reopening. The Telegraph reported on Thursday that secondary school students will be tested en masse once classes begin, and parents will be asked to test them twice a week at home from then on.

The Department of Education did not confirm or deny the report, which came ahead of a meeting between department heads and teachers’ union bosses on Thursday. Talks between the department and the union are expected to focus on how to implement a testing regime. The unions have pushed for at-home testing, and according to the Telegraph they called on-site testing “inoperable” and “ridiculous.”

However, commenters online immediately shot down the idea of at-home testing. One pointed out that the lateral flow tests that would be used have a false positive rate of 0.32 percent, which would generate 6,400 false positives per week, assuming one million secondary school students are being tested. If every one of England’s 3.4 million secondary school students are tested, more than 20,000 false cases could be reported every week.

Another Telegraph report this week stated that the government will not ease lockdown restrictions until new coronavirus cases dip below 1,000 per day, a target that would likely be impossible to meet if so many false positives were being reported.

A study by Imperial College London, published on Thursday, found that infections across England have fallen by two thirds since January, but the country is still recording around 10,000 per day – ten times the government’s supposed target.

Aside from the glut of cases – both real and false – that such a testing regime would bring, some commenters said it would be “unenforceable and unreliable,” while others simply balked at the “cruel and unnecessary” idea of subjecting their healthy children to non-stop testing.

At-home testing will inevitably be unenforceable and unreliable.

Though fortunately despite the headline, it's little more than a rumor at this point and I cant see the Government including such a policy in their upcoming roadmap. https://t.co/Va6SAp5DsF

Kids don't suffer from or spread the disease, schools are not vectors fir the disease – definitely not like carehomes and hospitals – teachers are not at high risk.

This is sinister, abusive and another huge waste of money we don't have. https://t.co/V4fCLIOvJV

More than 12 million Britons have already received their first dose of either the Pfizer-BioNTech or Oxford-AstraZeneca vaccine, more per capita than any other country of comparable population size, according to the British Medical Journal. As the rollout continues, government adviser Sir John Bell told a parliament committee on Wednesday that it is “not plausible” to expect the population to comply with continued restrictions for much longer. People, he warned, want to get back to a “relatively normal way of life.”