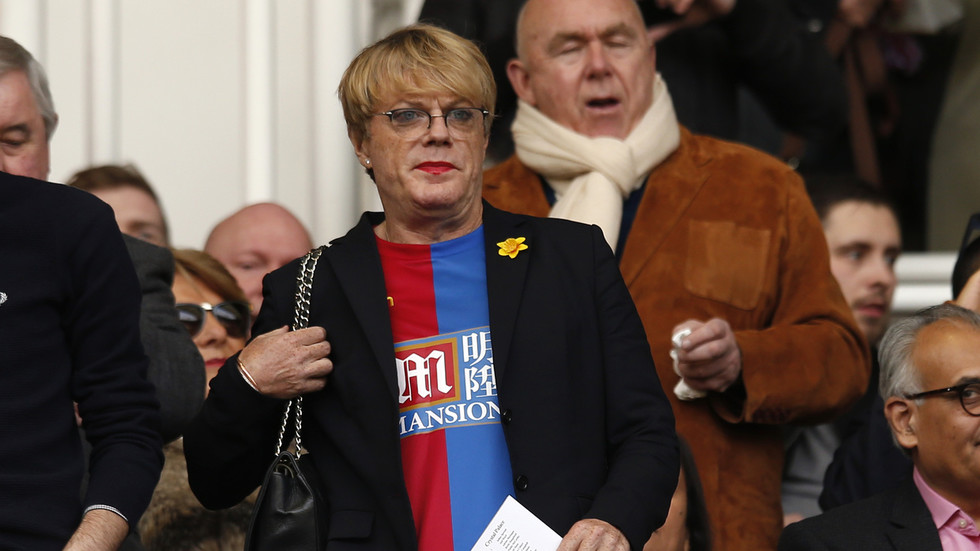 The Guardian is facing accusations of transphobia as they chose to run an interview with trans comedian Eddie Izzard – also in hot water for her comments on gender – next to a story about UK women murdered by men.

“I’ve been promoted to a she. It’s an honor,” reads the headline of a new interview with Izzard, who captured headlines in December after making public that her pronouns were ‘she’ and ‘her.’

The story unfortunately ran just above one on the alleged murder of Sarah Everard, who disappeared this month after an indecent exposure incident on February 28 which has been claimed to not have been properly investigated. Police officer Wayne Couzens has been arrested on suspicion of the kidnapping and murder of the 33-year-old Everard.

Running alongside the Everard story were a collection of images of women who have been killed in the last year at the hands of men, prompted by the fresh fears stirred by the latest case, and London Mayor Sadiq Khan’s admission that the streets of his city are not safe at the moment for women.

The contrast between Izzard’s story and the images of murdered women beside the article on Everard has many on social media blasting The Guardian, with some even pointing to the placement as a purposeful and damaging gesture against both Izzard, who was born a biological male, and against transgender people in general.

“I don’t think it’s a coincidence that they’ve marketed and positioned this interview with Eddie Izzard in this manner, juxtaposed with the images of murdered women. They would know that this would cause controversy,” theater company facilitator Ben Wilson tweeted.

“Pretty mad at @guardian for pulling out lighthearted and supportive quotes about women and shoving them next to stories about women who have been murdered,” YouTuber Ellen Rose added, suggesting the Guardian was opening Izzard up to transphobia.

Faces of murdered women, an inquiry into another murdered woman… and Eddie Izzard saying being a ‘she’ is a ‘promotion’.

I think someone knew exactly what they were doing today with that placement. pic.twitter.com/Oe8gkeZq0G

Eddie Izzard chose neither the day of publication of her interview, the quote that would be used as a headline, nor whether she would appear on the front page, so why don't we all stop abusing her for existing?

This is a tweet in support of Eddie Izzard who has literally done nothing wrong to deserve the abuse she is getting today.

Others appear to have taken issue with Izzard herself and pointed to some of her comments in the interview as being demeaning to women, especially in light of the story the interview is featured next to. In the interview, the comedian speaks openly about switching between “boy mode” and “girl mode” for decades, her “boob envy” as a teenager, and the recent experience of revealing her preference for feminine pronouns.

“The utter, utter irony of #eddieizzard talking about being ‘promoted to she’ above the faces of 16 murdered women,” Times writer Lucy Bannerman tweeted. “Yeah, being a woman is great – until you walk home in the dark. Or try to leave a violent partner. Does that count as ‘girl mode?’”

I like Eddie Izzard. Here she is saying she has 'women envy' on the same page as photographs of some of the 118 murdered women in the UK last year. Don't these women deserved to be honoured in a full page spread? Is Izzard's story so important it has to be run today? pic.twitter.com/PMdywIuxiI

Older woman here. I don’t look anything like Eddie Izzard. Neither does any woman I know.

Despite any controversy that’s arisen in the past few months around Izzard, the performer has no plans to move away from public life, and could even become more involved in issues regarding gender thanks to a promise to run for a seat in the Labour Party during the next general election, or sometime thereafter if she is unsuccessful on her first try.

“I’m not mucking about with this. I’m going in. If something goes wrong, if I stand in a byelection and I don’t get in, I’ll still go on. It doesn’t really matter because I am a relentless bastard,” Izzard said.

Council of Europe reopens case of murdered Belfast lawyer Pat Finucane, putting pressure on UK over its role in killing