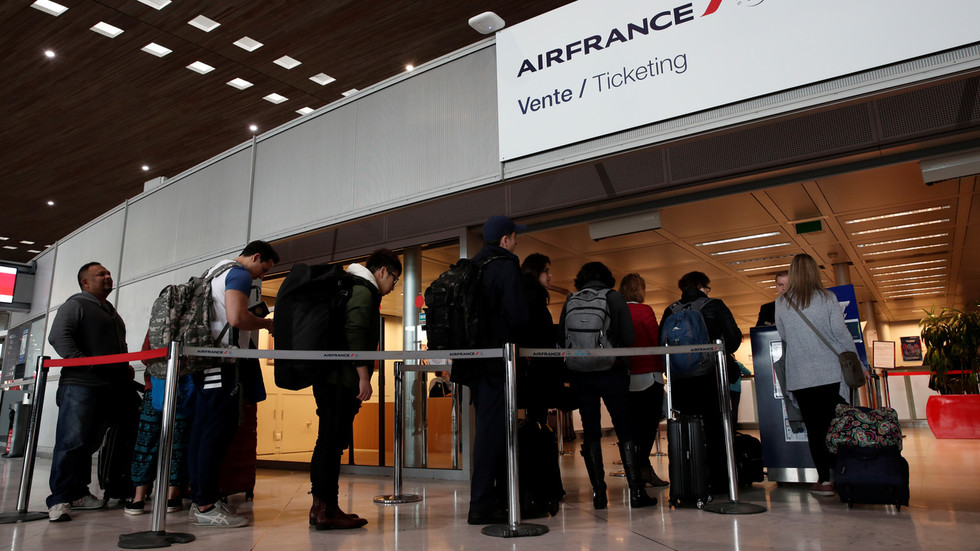 The EU’s policing agency has warned that criminal gangs are cashing in on the Covid crisis by selling forged negative test results at airports. The fakes fetch up to €300 ($362) each, as the certs are now widely needed for travel.

Europol said on Monday that several suspects were recently arrested selling the fraudulent papers at airports in France and the UK. The gangs had been peddling the fake negative tests online and via messaging chats in Spain and the Netherlands, it said.

As part of ongoing pandemic-related restrictions internationally, a growing number of countries and airlines require passengers to show proof of a negative Covid test before allowing them travel.

“As long as travel restrictions remain in place due to the pandemic, it is very likely that criminals will seize the opportunity of producing and selling fake Covid-19 test certificates,” Europol warned EU member states.

In one case, police arrested a suspect at Charles de Gaulle Airport in Paris for selling forged tests for between €150 and €300 apiece. Another bust was made at Luton Airport near London, while authorities in Spain and the Netherlands have made similar arrests.

“Intelligence suggests that in the UK, fraudsters were caught selling bogus Covid-19 test documents for £100 ($136), faking the name of a genuine laboratory on the false certificates,” Europol noted.

Budget Is Transparent, Nothing Pushed Under Carpet: Nirmala Sitharaman