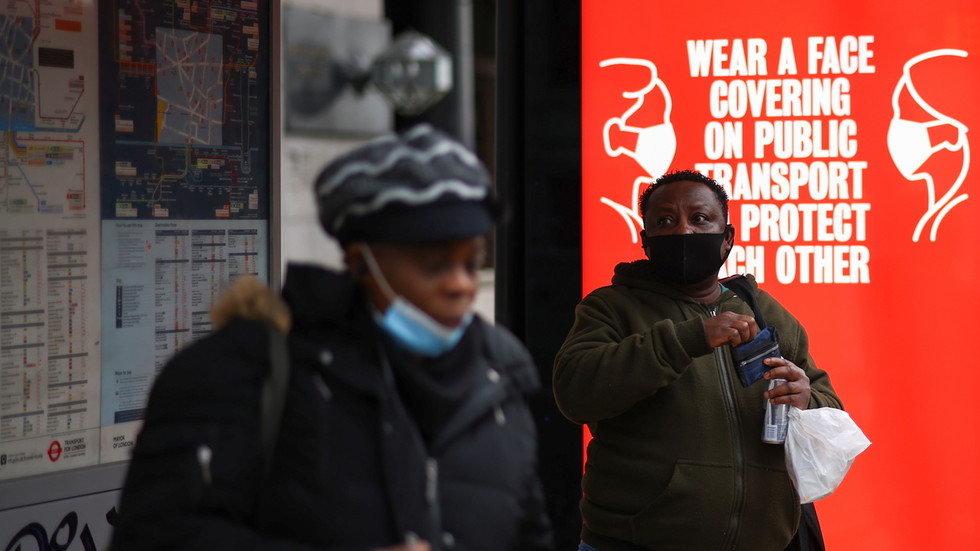 Covid hospitalizations in UK surpass 30,000 for first time in pandemic, amid record surge in infections

The UK has recorded its highest ever daily increase in new Covid-19 cases, as it also emerged that more people are currently hospitalised with the virus than at any other point in the pandemic, according to new official data.

On Wednesday Britain reported a record 62,322 new infections, as well as a further 1,041 deaths, taking the total number of people to have died within 28 days of a positive test to 77,346.

The stark figures are part of a 42.6 percent increase in cases and 37.2 percent jump in deaths across the last week compared to the previous seven days, government figures show.

The number of Covid-19 patients in UK hospitals also climbed above 30,000 for the first time in the pandemic as of Monday at 8am, according to the latest available government data published on Wednesday.

Sir Richard Leese, leader of Manchester City Council, warned he could not “overstate the amount of pressure” put on Greater Manchester’s health system by Covid patients, saying hospitals were at risk of “falling over.”

Meanwhile, the West Midlands Ambulance Service experienced its busiest ever day on Monday, with 5,383 calls in 24 hours, taking over from the previous record of 5,001 calls in March 2018.

Boris Johnson said on Monday that “hospitals are under more pressure from Covid than at any time since the start of the pandemic,” and that the number of coronavirus patients in England is 40 percent higher than the April peak in infections.

The UK PM has placed England under its third national lockdown of the pandemic, which MPs will vote on on Wednesday night, and similar approaches have been taken by the UK’s other leaders.

The surge in Covid-19 cases is thought to be down to a new more transmissible variant that has overtaken previous forms of the virus in the UK, and which England’s Chief Medical Officer Chris Whitty said on Tuesday had “taken off” across the country.

The UK’s Office for National Statistics has reported that an average of one in 50 people in England now has Covid-19 – with the number as high as one in 30 in London – according to data concerning private households between December 27 and January 2.

Will Seek Rajinikanth's Support, Any Goodwill Will Help, Kamal Haasan To NDTV On Tamil Nadu Election

There is ‘no credible route to a zero-Covid Britain,’ Boris Johnson says, as he unveils ‘irreversible’ lockdown-lifting plan