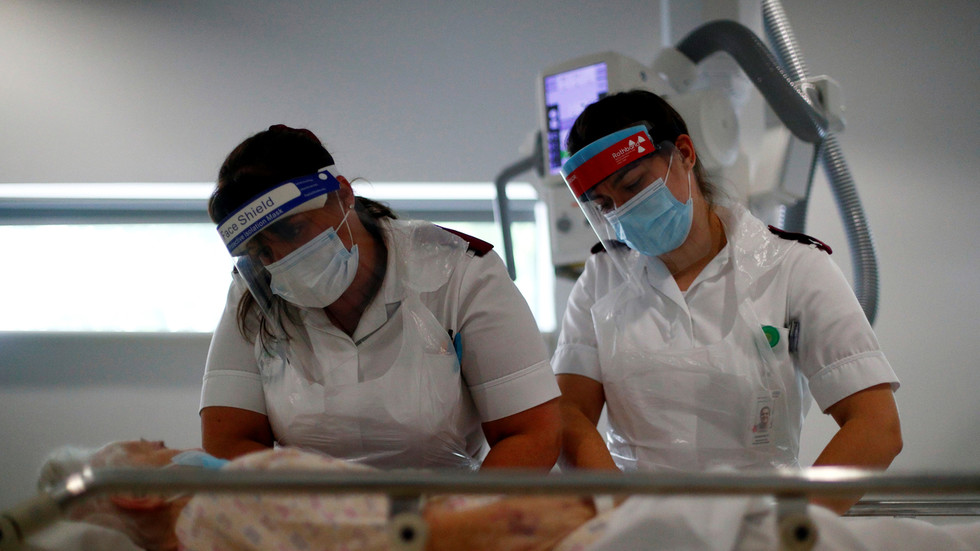 National Health Service (NHS) figures released on Thursday revealed that 18 out of 140 hospital trusts across England reported 100-percent occupancy in their ICUs between January 17 and 24.

Even in departments that still have available beds, figures show that ICUs are 70 percent busier now than they were at any point in the past five years. Currently, 5,446 critical-care beds are occupied in English hospitals, compared with only 3,035 in January 2020. Of the individuals afflicted by Covid-19, 3,961 are currently on a ventilator.

While these figures show the NHS is under pressure due to the ongoing pandemic, it did highlight that the national lockdown is helping to alleviate some of the strain, as new hospital admissions have fallen by 9.4 percent in the past seven days.

The data showing more ICUs reaching full capacity in England comes as a study warned infection rates across the country are not falling “fast enough”. The Real-time Assessment of Community Transmission study (known as REACT), commissioned by the UK Department of Health, found that, due to the more contagious variant of the virus, the national lockdown had had only a mild impact on reducing infection levels.

The UK has reported 3.7 million infections and 103,602 fatalities since the start of the pandemic, with those figures rising by 25,308 and 7,766 respectively over the past week.

With the vaccine rollout underway across the nation, 7.2 million people have now received their first dose and 474,000 individuals have received both the first and the second.

Finance Minister Will Present Dressed-Up Estimates For 2020 In 2021 Budget: Congress