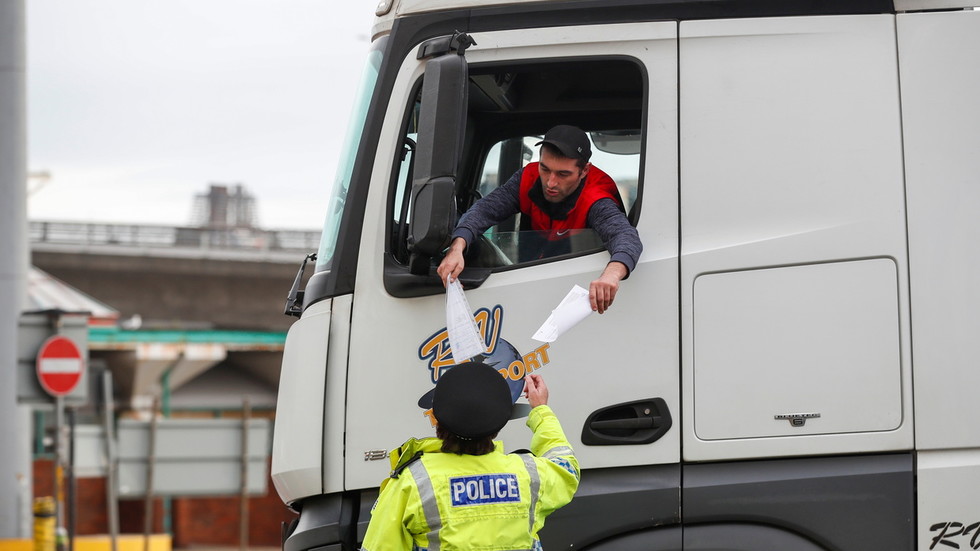 The French government is among at least 50 countries to keep its borders to the UK shut this week after British scientists discovered that a mutated form of coronavirus had been spreading across the country.

“Testing has begun as we look to get traffic moving again between the UK and France,” Shapps said in a statement on Twitter.

“However, French border police [are] only acting on agreement from this morning and severe delays continue.”

The transport secretary also urged drivers to “avoid Kent” while the backlog is cleared, as rail, sea and air travel between the UK and France resumed on Wednesday, ending the shutdown imposed by the French government on Sunday.

Only specific sets of people will be allowed into France, including hauliers, French citizens and Brits who have French residency, all on the condition that they can provide a negative coronavirus test from the last 72 hours.

Around 3,800 HGVs are currently waiting at a temporary lorry park at Manston airfield near Dover, while more than 1,200 are queued on the M20 motorway, according to estimates by the Department for Transport.

However the Road Haulage Association has said that as many as 10,000 lorries are stranded in Kent and the surrounding areas.

Around 170 soldiers have been drafted in alongside NHS staff to administer quick turnaround Covid-19 tests that can provide a result in 40 minutes, according to the government.

Earlier on Wednesday tensions flared near the port of Dover as furious lorry drivers, some of whom have been stranded in the UK for three days, appeared to scuffle with police just after 8am.

Indian-Origin Man Arrested For Cyberstalking, Sending Rape Threats To Woman In US