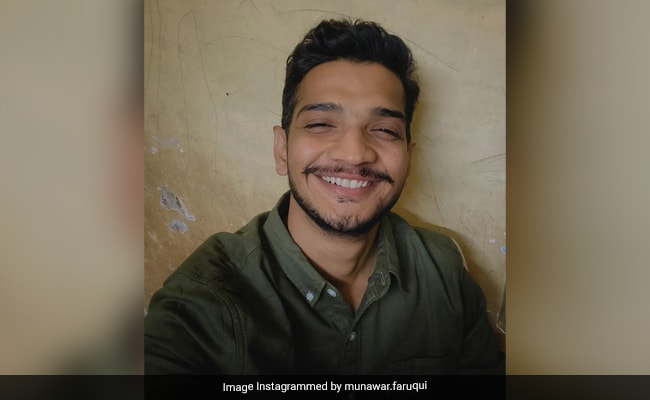 Only Munawar Faruqui among the six persons have been given bail.

Sadaqat Khan (23), accused of being involved in the show’s organization, moved the sessions court seeking bail on the basis of “parity” (similar circumstances) as Mr Faruqui was granted interim bail by the Supreme Court four days ago.

Additional Sessions Judge Yatindra Kumar Guru, however, rejected his plea. His first bail application had been rejected by the court on January 11.

Mr Khan, a Mumbai-based civil engineer, is in a local jail since January 3 following his arrest. Of six persons arrested in the case, only Mr Faruqui and another accused — who was found to be a minor — are out on bail.

The Additional Sessions Judge, in the order passed on Tuesday, cited some past Supreme Court rulings and said the grant of bail would not be justified under the law.

Mr Khan’s lawyer Surendra Kumar Verma presented the February 5 order of the Supreme Court granting bail to Faruqui, and said his client should get bail “on the basis of judicial parity”.

But Additional Public Prosecutor Sanjay Sharma objected, saying the order passed by the top court in Faruqui’s case was interim, and Khan can not invoke the principle of parity on its basis.

The MLA’s son alleged that objectionable comments were made about Hindu deities and Union Home Minister Amit Shah during the show.

Lawyer gets stuck with cat filter during virtual court case

World Health Organization Warns, Do Not Let Long Covid Fall Through The Cracks

China To Overtake US As World’s Biggest Economy By 2028: Report