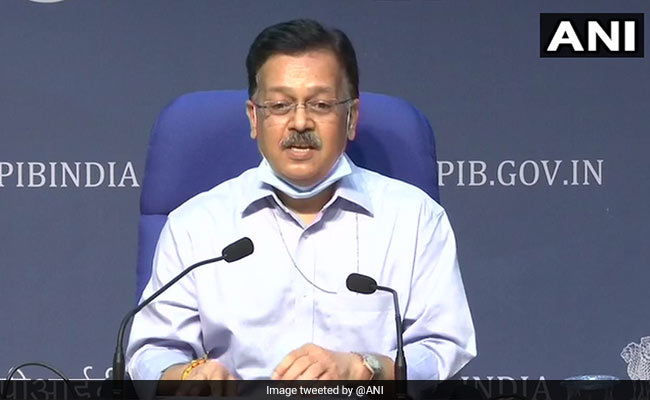 In past week, India has not recorded any Covid case in a fifth of its districts: Health Ministry (File)

On a day when the centre declared that India has flattened its COVID-19 graph after the first wave of infections peaked in September, it flagged concern about two states — Kerala and Maharashtra.

In India, Kerala has the highest number of active cases accounting for about 42 per cent of the overall 1.7 lakh active caseload. It is followed by Maharashtra.

“The two states still have 40,000 or more active cases – Kerala with 72,000 cases and Maharashtra with 44,000 cases… Together, these states also account for 67 per cent of all (active) cases,” Union Health Secretary Rajesh Bhushan said.

Active case count, reflecting those still recovering from COVID-19, is used as a measure to check the spread of a disease.

In the past one week, India has not recorded a single coronavirus case in a fifth of its districts as its immunisation programme covered 23.6 lakh people with two vaccines – Covaxin and Covishield.

Though the country is battling vaccine hesitancy, India was on number 5 in global vaccination ranking, the Health Ministry said quoting data presented on Our World In Data until January 26.

“States like Odisha and Haryana have vaccinated 50 per cent of their healthcare workers,” he said listing states where immunisation target remains under 20 per cent, like Jharkhand, Delhi, Tamil Nadu and Uttarakhand.

He added that the government is engaging with private players to ensure vaccine coverage for its entire population, but did not give a timeline of vaccination for the general public.

India has 1.07 crore cases of coronavirus — highest in the world after USA – with 1.53 lakh deaths.

(With input from Agencies)

What Rajinikanth Wrote In Letter: Please Forgive Me

Nominations For Upcoming Rajasthan Assembly Bypolls Can Be Filed Online