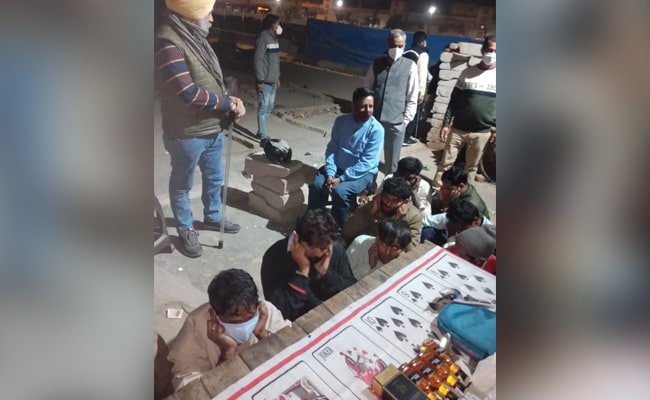 The Lodhi Colony senior police official has been sent to the district lines and two constables have been suspended following a raid by a vigilance team in Prabhu Market area in south Delhi where 17 men allegedly involved in gambling were arrested, police said on Friday.

The action was initiated against the policemen for not initiating a probe against the gambling racket despite getting inputs, they said.

Senior police official (South) Atul Kumar Thakur said in the intervening night of February 11 and 12, a raid was conducted by the team of South District vigilance cell at Prabhu Market when they saw people gambling by using plastic charts and chits.

Later, all the men were arrested under sections of Public Gambling Act in Lodhi Colony police station, he added.

“In view of the above, two beat personnel have been placed under suspension and SHO Lodhi Colony has been sent to District Lines,” the DCP said.

Polish mayor honours Belarusian who got bus out of snow

Five Killed In Attack On UN Convoy In Kabul

Argentine Titanosaur May Be Oldest Yet, Shows Study