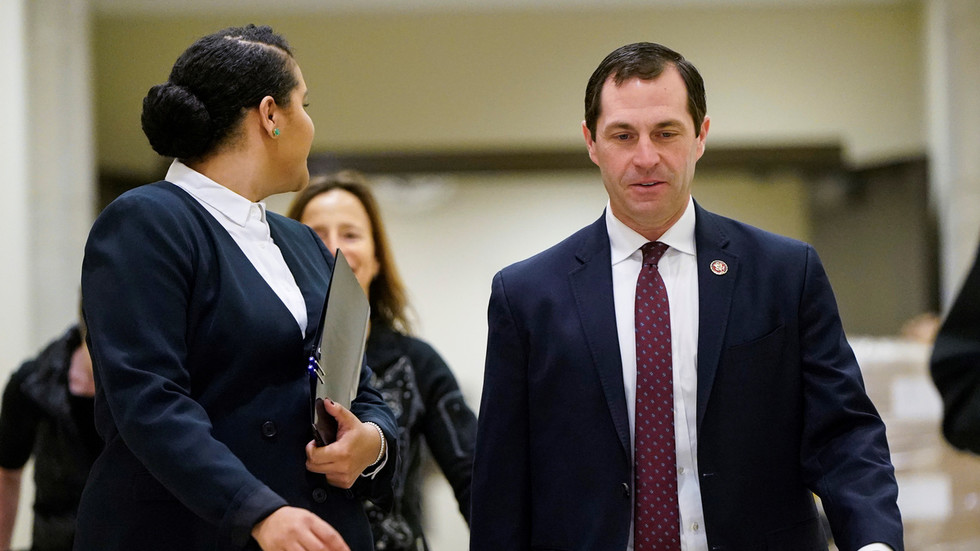 Rep. Jason Crow (D-Colorado) says he and others in the House are looking at possibly censuring or expelling lawmakers who continue to push election fraud theories, including QAnon supporter Rep. Marjorie Taylor-Greene (R-Georgia).

In a Wednesday interview with CNN, Crow called Taylor-Greene and “a handful” of other members of Congress “morally bankrupt,” “depraved,” and “dangerous individuals.”

Crow’s statement came in response to a question about a Tuesday night tweet from Taylor-Greene that claimed President Donald Trump “will remain in office.”

“President Trump will remain in office. This Hail Mary attempt to remove him from the White House is an attack on every American who voted for him,” she wrote in a post that was flagged by Twitter. “Democrats must be held accountable for the political violence inspired by their rhetoric.”

President Trump will remain in office.

This Hail Mary attempt to remove him from the White House is an attack on every American who voted for him.

Democrats must be held accountable for the political violence inspired by their rhetoric. https://t.co/qGip33jShI

Taylor-Greene, elected in November, has been a frequent target of Democrats over comments linking her to pro-Trump and QAnon conspiracy theories about the government deep state.

“We’re looking at our options within the House as to how we stop this,” Crow said of Taylor-Greene and others. “And whether this is an expulsion proceeding, a censure, we can’t let this stand.”

Crow claimed those who stormed the Capitol believe the presidential election was “stolen” thanks to Republican lawmakers who give “oxygen” to such “conspiracy theories.”

Taylor-Greene has remained one of the president’s more loyal supporters in Congress, arguing against his impeachment, which several Republicans have thrown their support behind, and calling Democrats the “enemy of the people.”

These Democrats are the enemies to the American people who are leading the impeachment witch hunt against President Trump.

Trump has described Taylor-Greene as a “future Republican star.”

The story behind the inauguration’s sign language Pledge of Allegiance

Coronavirus: Spain to keep registry of those who refuse Covid vaccine