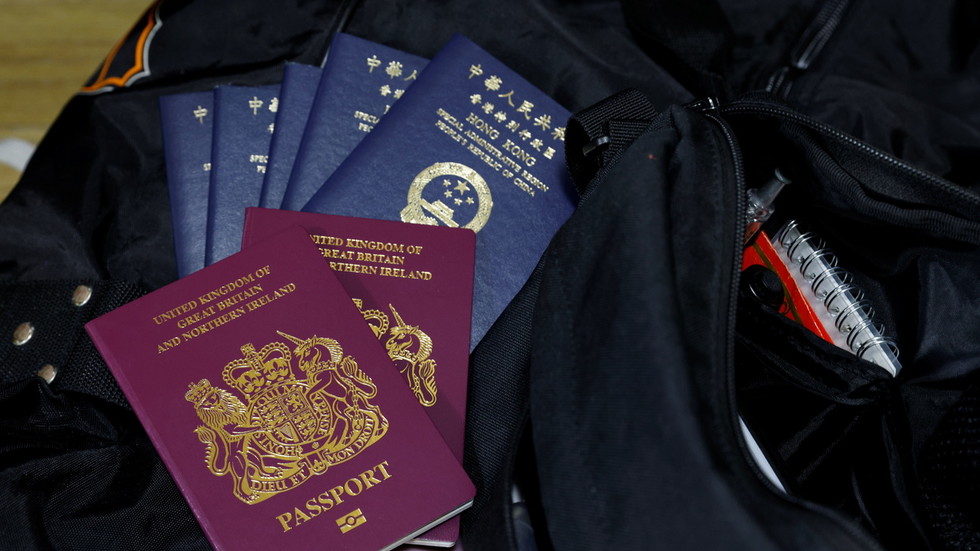 Beijing has said that the British National Overseas (BNO) passport will no longer be recognized as a travel document or form of identification in China from Sunday, when the UK’s new visa program opens to millions of HK citizens.

Speaking on Friday, Chinese foreign ministry spokesman Zhao Lijian told journalists that Beijing reserved the right to take further action against Britain while announcing that China would no longer recognize the BNO passport, which is held by more than 450,000 people in Hong Kong.

From January 31, China will no longer recognize the so-called BNO passport as a travel document and identity proof, and reserves the right to take further measures.

The spokesman repeated China’s solemn representation on and opposition to Britain’s interference in Beijing’s internal affairs, adding that the UK must recognize that Hong Kong has been a part of China for 24 years.

“The policy of residence and naturalization in the UK has been repeatedly expanded. Britain’s attempt to turn a large number of Hong Kong people into second-class British citizens has completely changed the BNO nature of the original Sino-British understanding,” Zhao said.

The Chinese spokesman insisted that the move by Britain violates its promise to China and that the current BNO passport is no longer the same as the original one.

With the UK’s Hong Kong visa program opening on Sunday to an estimated 2.9 million BNO citizens eligible and a further estimated 2.3 million eligible dependents, UK Prime Minister Boris Johnson hailed the move as standing up for the freedoms and values of the island’s residents.

“I am immensely proud that we have brought in this new route for Hong Kong BNOs to live, work and make their home in our country,” Johnson said in a statement on Friday.

“In doing so we have honoured our profound ties of history and friendship with the people of Hong Kong, and we have stood up for freedom and autonomy – values both the UK and Hong Kong hold dear.”

In July the UK announced that it would be introducing the visa and settlement program after Beijing’s adoption of a wide-ranging national security law for Hong Kong. The national security law was seen by Britain as a move to further erode democracy in the former British colony, and a breach of the joint declaration between the UK and China.

Conservative government estimates suggest 300,000 people could leave Hong Kong for the UK over the next five years, generating 2.9 billion pounds net benefit to the British economy.

Some studies suggest the UK has greatly underestimated how many Hongkongers will take up the visa offer, with some suggesting millions might make the move westward.

We Want To Publish It Today

Showstopper: Illegal rave in France that started on New Year's Eve is finally brought to an end