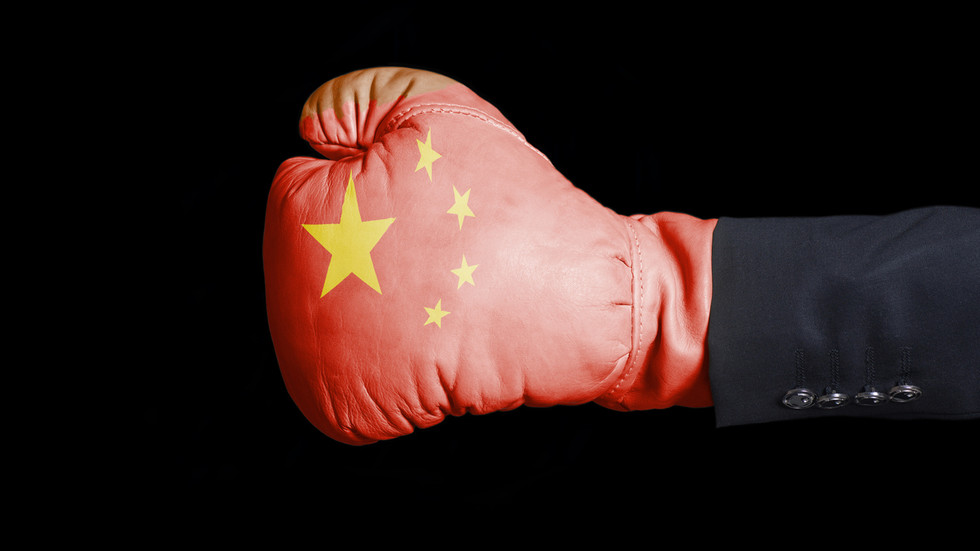 China’s Ministry of Commerce has issued a list of rules to counter “unjustified” foreign laws and restrictions, prohibiting its firms and citizens from complying with these measures amid the US crackdown on Chinese companies.

The document, officially called ‘Rules on Counteracting Unjustified Extraterritorial Application of Foreign Legislation and Other Measures’, says it applies to situations in which “the extra-territorial application of foreign legislation” hampers normal economic and trade activities of Chinese nationals or organizations with third-party states. Posted on the ministry’s website on Saturday, the rules are effective immediately.

The rules instruct a person or entity to report violations to the relevant department within 30 days. If a special working group further finds that compliance with foreign restrictions runs counter to international law or affects national security, they can issue a “prohibition order,” blocking relevant foreign legislation and measures from being “accepted, executed, or observed.”

The Chinese government can take “necessary counter-measures” in response to foreign restrictions, the ministry said, echoing Beijing’s reaction to most actions against its companies. The government also pledged to provide “necessary support” if the affected party “suffers significant losses” from non-compliance with foreign legislation.

In a separate statement, the Commerce Ministry said that improper application of foreign laws has long disrupted the international trade system and “caused negative impact on the global economic recovery.” It came with a question-and-answer on the new rules, in which Han Liyu, a law professor at Renmin University of China, clarified some points, saying the measures basically apply to what can be called “secondary sanctions,” and that China is not alone in issuing such measures. According to Han, the EU, Canada, Mexico, Argentina, and other countries have enforced similar legislation.

While the Commerce Ministry does not directly point to the US, it comes amid deteriorating relations between the world’s two largest economies. During the first week of this year, the outgoing Trump administration has turned up the heat on Beijing, as it banned US transactions with eight Chinese apps, including the popular Alipay payment platform. This follows previous attempts to block messaging platform WeChat and video app TikTok, as they allegedly threaten US national security.

At the same time, the New York Stock Exchange (NYSE) proceeded with the delisting of Chinese telecom majors to comply with the investment ban that targeted over 30 Chinese firms over their alleged military ties.

This comes on top of existing tariffs, as the second phase of the US-China trade deal has not been signed after being agreed to at the end of 2019. During Trump’s term in office, Washington also put pressure on Chinese tech majors such as Huawei. US sanctions cut off the company from global chip supplies, while the US has tried to convince its allies to sever ties with the firm and restrict its participation in their 5G rollout.

India could prove to be South Asia’s 'most resilient' economy over long term, says UN

'That was easy': Kamala Harris latest official to get Covid-19 vaccine in front of cameras (VIDEO)