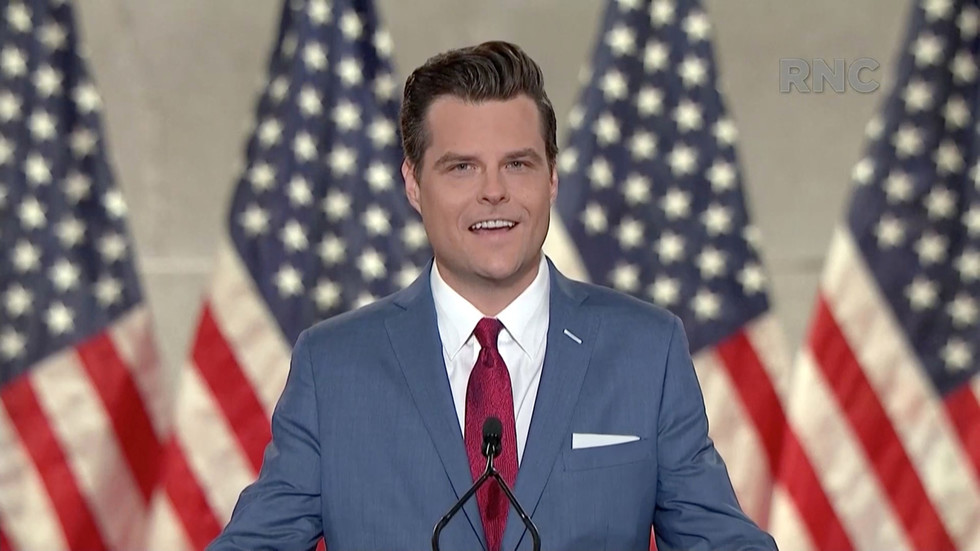 Congressman Matt Gaetz of Florida went after Democratic lawmakers in a debate that followed the takeover of the Capitol building by protesters, accusing them of angering Trump voters and applying double standards for violence.

Gaetz, a vocal supporter of President Trump’s bid to overturn the outcome of the November election, delivered a short divisive speech in the House shortly after crowds of pro-Trump protesters stormed the building on Wednesday.

“I appreciated all the talk about coming together, but let’s not pretend that our colleagues on the left have been free of some anti-democratic impulses,” he charged, clashing with the overall conciliatory tone of other speakers during the session.

Speaking about the seizure of the Capitol building, Gaetz found a way to defend Trump and attack Democrats.

“This morning President Trump explicitly called for demonstrations and protests to be peaceful,” he said, eliciting some eye-rolling from people, who blame the president for inciting the violence.

“You can moan and groan, but he was far more explicit about his calls for peace than some of the BLM and left-wing rioters were this summer, when we saw violence sweep across this nation,” the Republican added.

I am sure glad that at least for one day I didn’t hear my Democrat colleagues calling to defund the police.

The declaration was met with a wave of applause from the Republican side.

Gaetz claimed the same double standard was applied to him and other lawmakers supporting Trump because they have been branded traitors for seeking legal ways to counter what they seek as a stolen election.

He went on to condemn the violence, saying: “I know there are many countries where political violence may be necessary, but America is not one such country.” He suggested that the takeover was instigated by “members of the violent terrorist group antifa” masquerading as pro-Trump protesters.

Gaetz cited a claim of a facial recognition company, which was reported by the Washington Times newspaper, to back this claim. There was plenty of groaning in the chamber after he made the allegation.

Pro-Trump supporters broke into the Capitol building just as a joint Congress session was supposed to count elector votes and confirm the victory of Joe Biden in the November 3 presidential election. Trump earlier in the day vowed to never concede his defeat. A female Trump supporter was shot inside the US legislature and later died from her wound.