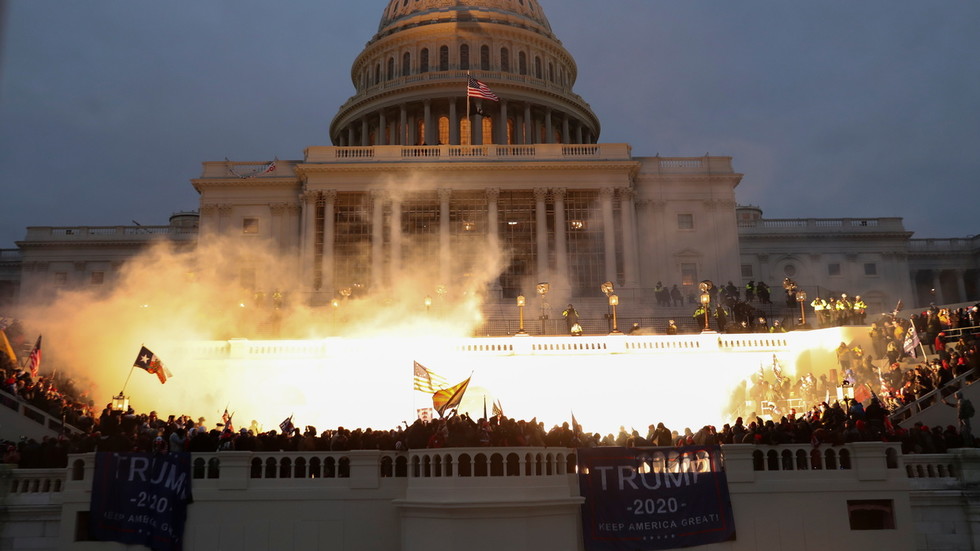 Backers of outgoing US President Donald Trump remain outside the US Capitol, where a heated protest rally saw demonstrators storm the building, prompting a city-wide curfew and National Guard deployments.

As authorities work to clear the Capitol, the DC National Guard has been “fully activated,” according to acting Defense Secretary Chris Miller, joining other Guard troops earlier deployed across DC in anticipation of unrest at a rally planned for Wednesday.

Police fire teargas out of the U.S. Capitol Building as they try to control the crowd here in DC #dcriots #capitolbreach #USCapitol #WashingtonDC pic.twitter.com/CsMXAFynSZ

The breach at the Capitol saw the building placed under lockdown and Congress thrown into recess as lawmakers attempted to certify Electoral College votes for the 2020 race, which Trump and his allies insist was marred by endemic fraud. It is unclear when the vote-counting process will resume.

As protesters attempted to storm the Senate chamber, a woman was shot. She was later seen leaving the building on a stretcher and is reportedly in critical condition.

Subscribe to RT newsletter to get stories the mainstream media won’t tell you.

Covid hand-outs: How different countries pay if you are sick