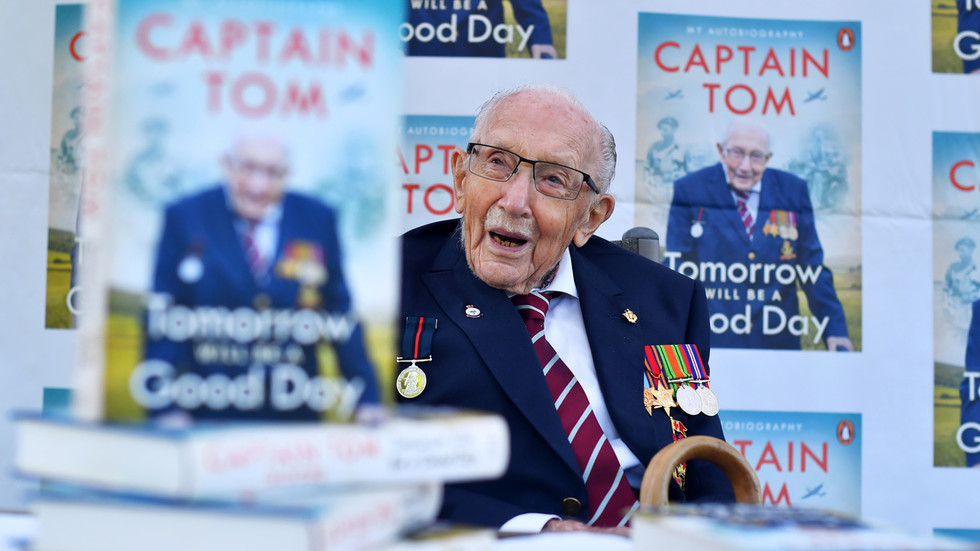 Sir Tom Moore, who was knighted by the Queen for helping to raise millions of pounds to fight the pandemic in the UK, was hospitalised with the coronavirus on Sunday.

Moore, known to the public as Captain Tom, has been fighting pneumonia for the past few weeks, while also recently being diagnosed with Covid-19, his daughter, Hannah Ingram-Moore, wrote on Twitter.

The veteran was taken to Bedford Hospital as he needed “additional help” with breathing, she said. However, Ingram-Moore specified that Moore’s condition was good enough for him to be treated in a ward, and not in an intensive care unit.

“We know that the wonderful staff at Bedford Hospital will do all they can to make him comfortable and hopefully return home as soon as possible,” his daughter wrote.

In April last year, Moore vowed to walk 100 laps around his backyard in Marston Moretaine, Bedfordshire before his 100th birthday in an attempt to raise £1,000  for the British medics fighting the pandemic. But his little fundraiser went viral and saw 1.5 million people donating a record £33 million ($45 million) to the National Health Service. Queen Elizabeth II recognised Captain Tom’s charitable efforts and knighted him in July.

Moore told the Guardian before the New Year that the coronavirus didn’t scare him as he was generally “not a worrying sort of person.” The veteran, who served in India and Burma during WWII, expressed confidence that the pandemic will be defeated and “the sun will shine again.”

Numerous people offered words of support and well wishes to Moore online. One of them was British Prime Minister Boris Johnson who wrote on Twitter that the veteran “inspired the whole nation,” wishing him a full recovery.

Covid: EU and AstraZeneca in 'step forward' on vaccines