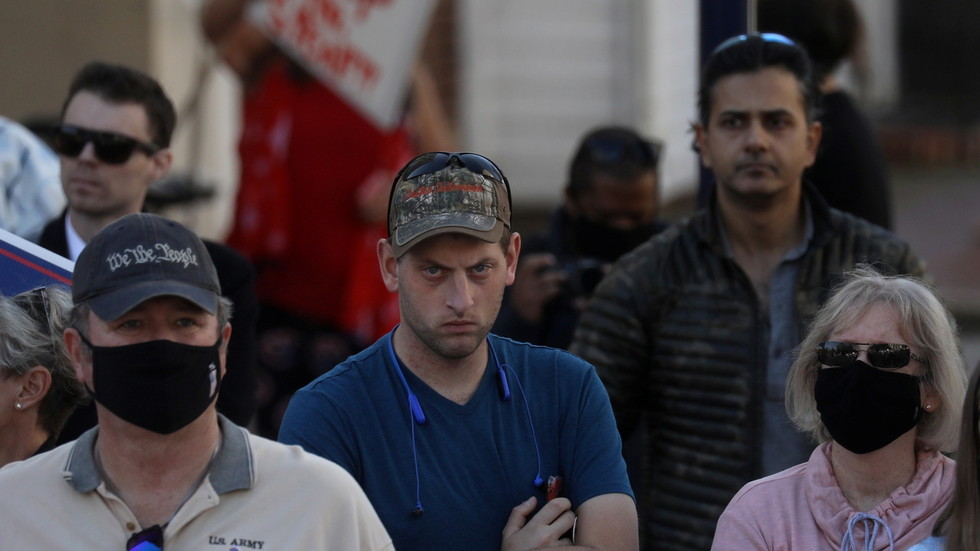 Properly-trained facial recognition algorithms can correctly guess a person’s political orientation nearly three quarters of the time, Kosinski claimed in a paper published Monday in Scientific Reports. Using over a million profiles from Facebook and dating sites across the US, UK and Canada, the algorithm was able to accurately pick out conservatives from liberals in 72 percent of face pairs.

The most significant facial features in telling the political groups apart – aside from age, gender, and ethnicity – were head orientation and emotional expression, according to the study authors. They also explained liberals were more likely to look directly at the camera and more likely to look surprised than disgusted.

Liberals were also supposed to smile “more intensely and genuinely,” leaving them with a different pattern of wrinkles as they age. Conservatives, meanwhile, “tend to be healthier, consume less alcohol and tobacco, and have a different diet” – attributes that affected the health and texture of the skin.

But their conclusions went much further than that, diving deep into the realms of facial-recognition dystopia. Facial appearance, they claimed, predicts everything from success in work, educational achievement, even length of a prison sentence – all factors which, according to the researchers, could easily influence political affiliation.

On the flip side, they also suggested the link between facial attributes and politics could start in the womb, with “genes, hormones, and prenatal exposure to substances” all playing a role in whether an individual grows up to be liberal or conservative. “Negative first impressions” – presumably meaning ugliness – could “reduce [an individual’s] earning potential and status,” inculcating empathy for the down-trodden and thus a more liberal worldview.

Presumably aware he’d be attacked for seemingly trying to revive the long-discredited ’science’ of physiognomy, a technique purported to be able to assess an individual’s character, personality, even criminal propensities by the shape of their face, Kosinski denounced the discipline as “based on unscientific studies, superstition, anecdotal evidence, and racist pseudo-theories.”

However, he explained, just because the field was wildly unscientific “does not automatically mean that they are all wrong.”

Some of physiognomists’ claims may have been correct, perhaps by a mere accident.”

Kosinski is perhaps best known for his work with Facebook, which gave rise to the infamous data-mining firm Cambridge Analytica ahead of the 2016 US election. The company scooped up tens of millions of Facebook users’ data to deliver precision-targeted political advertising on the part of the Republican presidential campaign.

He also worked as an advisor on Faception, a Minority-Report-esque Israeli program that purported to predict not only an individual’s place on the political spectrum, but also that person’s likelihood of being a terrorist, pedophile, or other major criminal. Kosinski’s work has won him a degree of infamy in the past. A 2017 paper he co-wrote argued that a simple AI system could determine whether a face belonged to a gay or straight person, raising the hackles of LGBT advocacy groups across the US. In October, he and a colleague published a paper debunking a previous claim that married couples grow to resemble one another facially as they spend their lives together.

But he’s far from the only scientist at work on trying to bring physiognomy up to date for the 21st century. The University of Harrisburg in May claimed it had developed an AI algorithm capable of determining with 80 percent accuracy whether someone was a criminal, just by looking at their face.

A similar study was conducted in China in 2016.

At least 2 US Capitol Police officers SUSPENDED amid claims they sided with pro-Trump rioters, lawmaker says