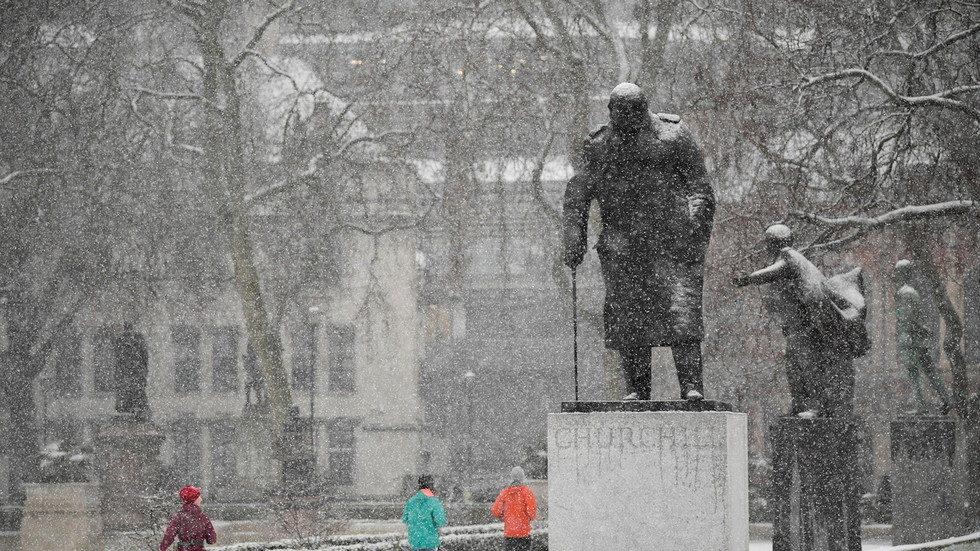 Winston Churchill was a white supremacist and the British Empire “morally poorer than the Third Reich,” a group of Cambridge University academics have declared. Their comments infuriated patriotic Brits.

When the former UK prime minister founded Churchill College at Cambridge University in 1958, he likely couldn’t have foreseen that in 2021, academics there would be gathering to compare him unfavorably to Adolf Hitler. Yet that’s exactly what took place on Thursday, in a virtual discussion titled, ‘The Racial Consequences of Mr Churchill’.

Participants called Churchill “the perfect embodiment of white supremacy,” and labeled the British Empire morally poorer than the Third Reich, according to the Telegraph. Professor Kehinde Andrews, author of a journal article declaring “whiteness” a “psychosis,” claimed that “the British Empire [was] far worse than the Nazis and lasted far longer.”

Indian-American writer Dr. Madhusree Mukerjee argued that the prime minister viewed Indians as “rabbits,” and his policies had a direct role in the Bengal Famine of 1943, in which as many as three million people perished.

The tone of the conference didn’t play well with some patriotic Brits, for whom Churchill’s wartime leadership places him beyond reproach. “You invite a panel of race-baiting Marxists steeped in critical theory to pass judgement on Churchill and we see the expected result,” one commented.

I wonder what my Jewish grandfather would make of this who was able to escape Nazi Germany and come to this country because of Churchill.

This is the kind of narrative the loudmouthed bullying vile toxic mentally deranged hard left are trying to foist upon British society!

The talk had its fans, however, many of them fellow academics and students.

This talk about Churchill was so interesting. Thank you to @PriyamvadaGopal and @RichardToye. Listening to this is definitely worth your time! Here is the link:https://t.co/v7LsHQMisV #History #India #BLM

I did school history until end of Yr 9 & I have family interested in military history. I didn't know about the Bengal Famine until my 20s & I educate myself by attending events like this lecture, which was so informative. Important to ask why some want me to remain ignorant. https://t.co/MhNGw45mjI

A staunch imperialist, Churchill did indeed express views and take actions that would have him excommunicated from modern politics. He once called the white race “a higher grade race” than others, considered Islam “as dangerous in a man as hydrophobia in a dog,” withheld food from Bengal in 1943, and as secretary of state for war, ordered the Black and Tans deployed to Ireland, where their brutal tactics of repression solidified popular support for independence.

To the woke brigade, this “problematic” legacy, to quote the panelists at Thursday’s discussion, eclipses Churchill’s steering of Britain through some of the darkest hours of the Second World War.

Sir Winston’s statue was defaced by ‘Black Lives Matter’ protesters in London last Summer, and his name was removed this week from a house at Seaford Head School in East Sussex, along with that of ‘Harry Potter’ author JK Rowling. Across the Atlantic, one of the first changes President Joe Biden made to the Oval Office following his inauguration last month was the removal of a bust of Churchill, which had been placed there by Donald Trump.

The Cambridge conference drew ire from academia as well as from Twitter. Historian Dr. Zareer Masani wrote to the university before the event, warning that the speakers aimed only to “vilify” Churchill. Andrew Roberts, an admirer and biographer of Churchill, described the academics’ claims as “entirely factually incorrect,” and Churchill himself as “instrumental in destroying the worst racist in history, Adolf Hitler.”

‘It’s preposterous that anyone is unaware of our duty’: London police chief vows to step up enforcement of Covid-19 rules