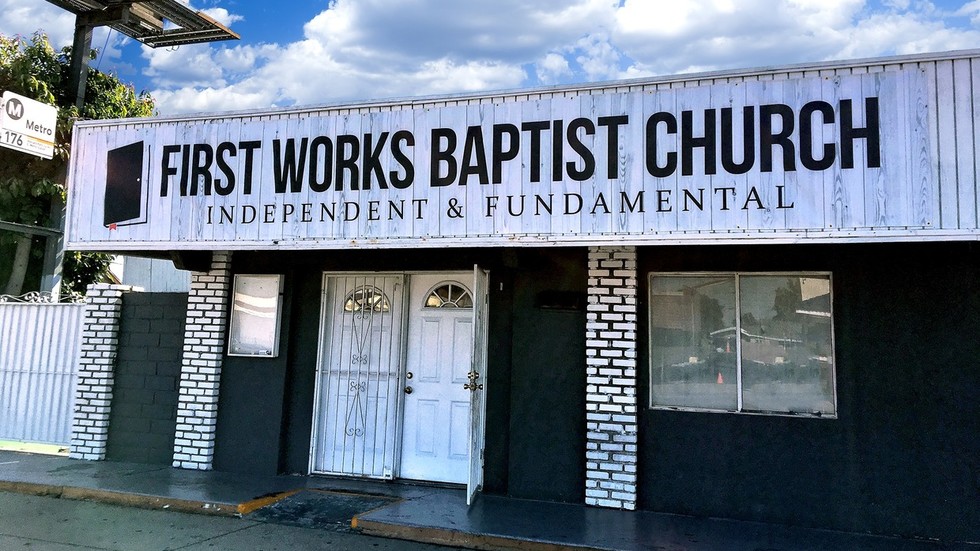 A church east of Los Angeles that had been branded as a hate group by the Southern Poverty Law Center because of its anti-LGBTQ views has been damaged in an IED attack, prompting a county official to essentially blame the victim.

Los Angeles County Supervisor Hilda Solis noted that “violence is never the answer, even in response to hate speech,” but her plan of action following Saturday’s bombing of First Works Baptist Church in El Monte was to call for community leaders to come together to “address hate issues.”

My statement on this morning’s explosion at a local church in the City of El Monte. https://t.co/viTRZiy7sl pic.twitter.com/os4Nih6bW0

The FBI is investigating the attack, in which a homemade explosive device was apparently thrown into the church. Responding to the scene shortly after 1am local time, firefighters encountered smoke coming out of the windows and saw the front of the building vandalized with graffiti.

The FBI responded overnight with @elmontepolice & @LASDHQ to an #IED attack at the First Works Baptist Church in El Monte, CA. Bomb Techs & the FBI's Evidence Team continue to process the scene. If you have a tip about the responsible party, please call 3104776565. #SeekingInfo pic.twitter.com/LobrjbrZtx

The controversial civil rights non-profit SPLC has been tracking First Works Baptist as an alleged hate group going back to at least 2019. The watchdog similarly condemned the Family Research Council for alleged anti-LGBTQ bigotry, partially inspiring an August 2012 attack by a gunman who sought to kill as many employees there as possible but was disarmed after shooting a security guard.

READ MORE: Vice is promoting a SPLC ‘hate map’ of Confederate monuments. This has led to violence before

First Works Baptist had been under threat of attack. The Rev. Bruce Mejia reported an arson threat to police two weeks ago, and a protest against the church had been planned for Sunday. Threatening messages against Mejia can still be seen on Twitter. An online petition signed by more than 15,000 people demands that Mayor Jessica Ancona recognize the church as a “hate group” and “take them out of our city.”

I took that screenshot yesterday pic.twitter.com/0UztKzLo6u

Mejia reportedly called Saturday’s bomb attack “a little bump in the road” and said it won’t “deter us from doing what we always do.” The church held its Sunday service in a residential backyard on Sunday. A message posted on First Works Baptist’s Facebook page Saturday morning quoted Romans 12:19, saying, “Avenge not yourselves, but rather give place unto wrath: for it is written, Vengeance is mine; I will repay, saith the Lord.”

The SPLC has accused Mejia of calling for the government to round up gay people for mass executions.

Mejia bills First Works as a “fundamental, soul-winning” Baptist church that believes in the King James version of the Bible. “We believe that hard preaching changes lives,” he said in a video introducing the church. First Works believes “homosexuality is a sin and an abomination which God punishes with the death penalty,” according to the church’s website.

However, branding the belief that homosexuality is a sin as “hate speech” would condemn a wide swath of conservative Americans. The Southern Baptist Convention, the largest Protestant denomination in the US with over 14 million members, has said that LGBTQ individuals are “inconsistent with God’s holy purposes in creation and redemption.”

Trump’s taxes: Why they matter to a criminal probe

Sri Lanka: War monument to be rebuilt after hunger strike