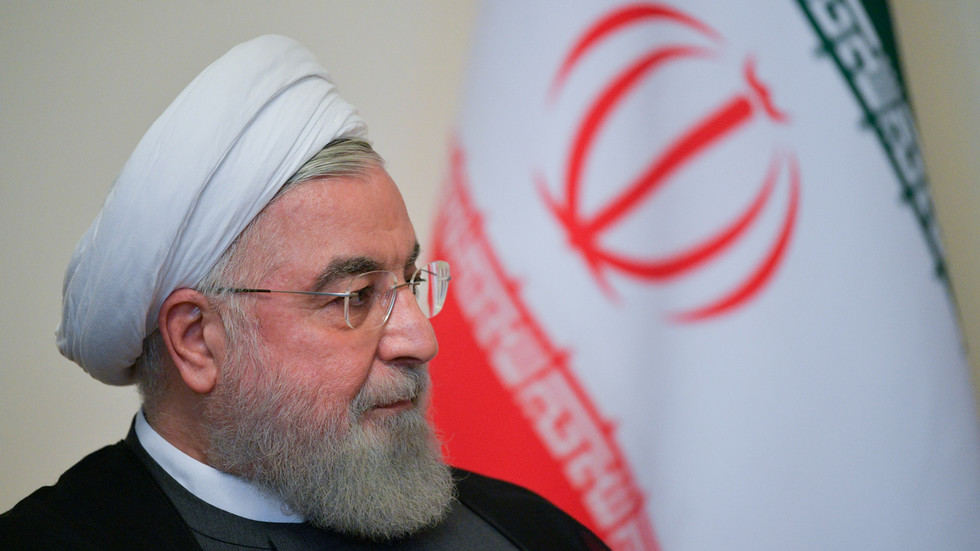 Iran’s president has compared the outgoing US leader’s regime with that of the former Shah, and said his rule “with a mindset of a merchant and a gambler” has ended in scandal.

Speaking to cabinet on Wednesday, President Hassan Rouhani said that, over the last three years, Iran had faced off against “that big terrorist,” a reference to US President Donald Trump, who thought he could topple Tehran, but is now leaving with “disgrace and scandal.”

The end of a government with shame and scandal shows that bullying, racism, and illegal practices will not prevail in the world.

“It is not just the end of an administration, but it is the failure of the maximum pressure policy against the great Iranian nation,” Rouhani stated.

The Iranian leader claimed that today marked the defeat of the policy of economic terrorism and that people would now witness growth and stability in the country’s economy.

Rouhani contended that Trump and his associates will see their political lives ended forever.

“The president, who did not have a political understanding, ruled a country, and an idiot foreign minister and an ignorant extremist national security adviser stood by him, he carried out his work with a mindset of a merchant and a gambler, now we see it end.”

Outgoing US President Trump unilaterally pulled the US out of the Joint Comprehensive Plan of Action, or Iran Nuclear Deal, made to restrict Tehran’s nuclear ambitions, in 2018.

The US withdrawal from the pact was compounded by Washington’s decision to reintroduce crippling sanctions against Iran.

Tehran said European powers had failed to protect it from the US and chose to renege on their side of the deal. Last Monday, Tehran said it had started enriching uranium to 20 percent, drifting further away from the parameters of the JCPOA nuclear deal.

‘You must do more’: Chelsea captain pleads with social media giants for protection after English FA condemns yet more racist abuse