Home > EUROPE > Brits are getting fed up with lockdown as more shoppers are out and about, data shows 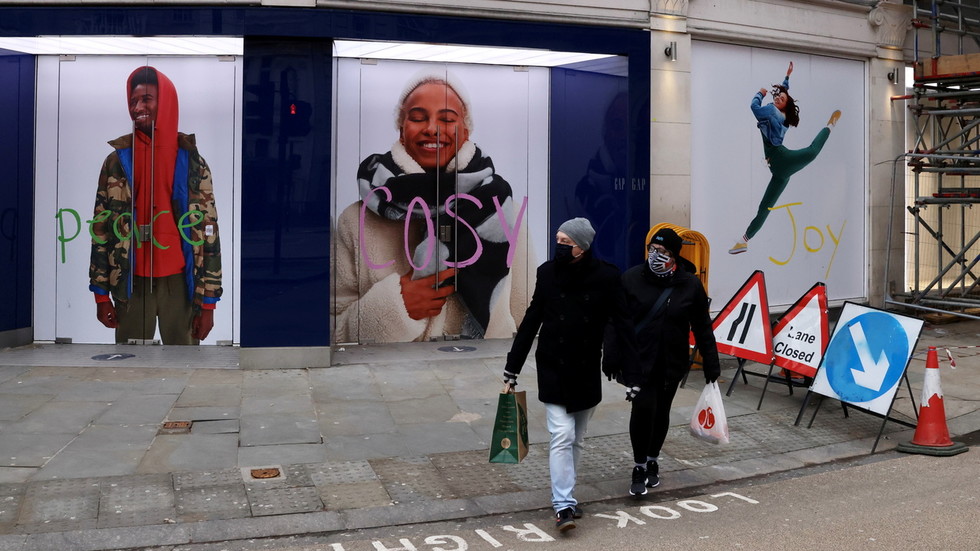 Brits are getting fed up with lockdown as more shoppers are out and about, data shows

More UK residents headed out to the shops last week than the week before – providing evidence, retail analysts suggest, that Brits are getting fed up with being locked down.

It’s the third week in a row that footfall at shops has increased, according to data collected and released Monday by market researchers Springboard.

Under lockdown rules imposed by UK Prime Minister Boris Johnson on January 4, all but essential shops are closed, with others only open for click-and-collect service.

Springboard said that in the week, footfall was up nine percent in UK high streets. There were also week-on-week increases at retail parks (4.5 percent) and shopping centers (4.3 percent). The overall footfall figures, however, were down 63.9 percent on the same week last year when Covid-19 began spreading across the UK.

Data collected by the UK’s track-and-trace system in November showed that shops were the most common places people visited before testing positive for the virus.

Vaccine Minister Nadhim Zahawi has urged people to follow the rules while shopping, to “actually wear masks and follow the one-way system, and when they [supermarkets] are at capacity to operate safely, people wait outside.”

The current lockdown restrictions are due to be reviewed by the UK government on Feb. 15 – the same day when its hotel-based quarantine system for travelers from Covid-19 hotspots is scheduled to take effect.

Johnson has already indicated that the lockdown won’t be lifted until there’s a significant decline in infections and deaths, Britain’s health service is protected, and the most vulnerable are vaccinated against the virus.

‘We might get thrown out of NATO’: Twitter baffled & divided over UK govt idea to send warships against EU fishermen

One in eight people in England had Covid-19 antibodies in December, new figures reveal