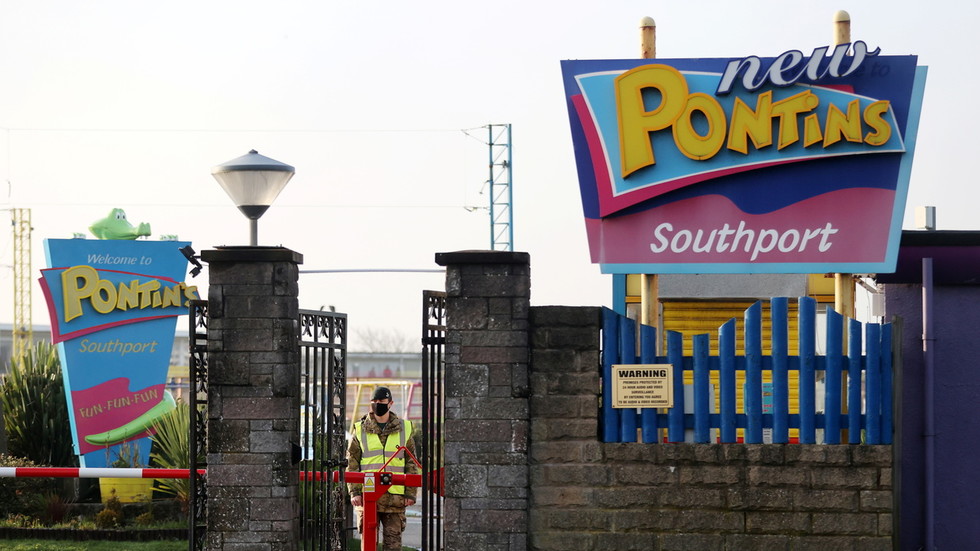 The operator of a chain of holiday camps in the UK has admitted it racially discriminated against Irish guests by trying to exclude Travellers or Gypsies from using their facilities, and kept a blacklist of Irish family names.

Pontins, which operates six holiday parks in England and Wales, admitted it engaged in a series of practices that discriminated against people with an Irish accent or surname.

The UK’s Equality and Human Rights Commission (EHRC) said on Tuesday that Pontins monitored calls at its contact centre, blocking bookings from people with Irish accents, kept a blacklist of family names it deemed as “undesirable guests”, and used its commercial vehicles policy to exclude Gypsies or Travellers from its holiday parks.

There were 40 family surnames on its internal blacklist, including Boyle, Keefe, Gallagher, O’Donnell, McGuiness, Murphy, and O’Reilly.

“It is hard not to draw comparisons with an ‘undesirable guests’ list and the signs displayed in hotel windows fifty years ago, explicitly barring Irish people and Black people,” said Alastair Pringle, Executive Director at the EHRC.

“Banning people from services based on their race is discrimination and is unlawful. To say that such policies are outdated is an understatement.”

“We hope this sets a precedent, both for whistle blowers and for other holiday camp providers. This treatment of Irish Travellers is completely unacceptable and shouldn’t be tolerated.” https://t.co/N910wAlpk3

A spokesperson from Britannia Jinky Jersey, the corporate owners of Pontins, said the company has agreed to work together with the ERHC to improve staff training and to promote equality.

If the company fails to live up to a binding agreement it made with the EHRC, it faces further action from the agency under the UK’s Equality Act.

‘Do as I say, not as I do’: BoJo blasted for hypocrisy as leisurely lockdown-breaching cycle infuriates cooped-up Brits