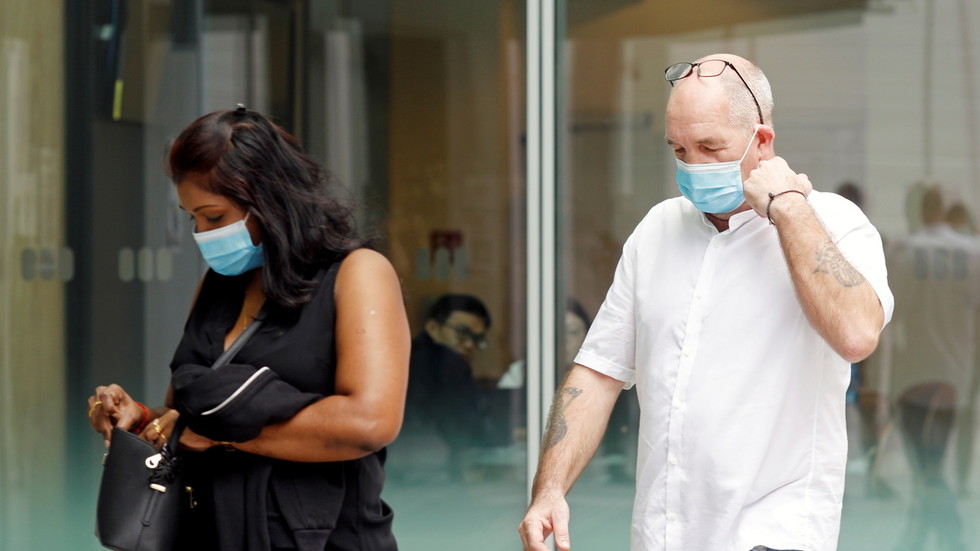 A UK man has pleaded guilty to violating Singapore’s Covid-19 restrictions by secretly sneaking out from quarantine to spend a night with his fiancée. He now faces up to six years behind bars.

The prosecution is asking that Skea be jailed for four weeks and fined 1,000 Singapore dollars ($756), and that Eyamalai be jailed for two weeks.

Under Singapore’s health protocols, Skea was to stay inside a room at the five-star Ritz-Carlton Millenia hotel for two weeks. However, he had left his room without a mask on three occasions. During his third trip, Skea rendezvoused with Eyamalai, who has not been under quarantine. The couple then spent a night together in a different room.

Skea was texting his partner as they were planning the meeting. He snuck out of his room after midnight and used an emergency staircase to go to the room Eyamalai had booked. The room was several floors above the room Skea was assigned to quarantine himself in. He used a piece of cardboard to jam the emergency staircase door and keep it open.

On his way back, Skea was unable to access his floor from the emergency staircase and was stopped by a security officer shortly afterwards. Skea tried to lie about his actions, but all of his movements were caught on security cameras. Skea subsequently tested negative for Covid-19.

Deputy Public Prosecutor Kenneth Kee argued that Skea had “clearly premeditated” breaching the health protocols, and the couple had spent a “quite significant” amount of time together.

The couple’s lawyer, S. S. Dhillon, said that is “a classic case of two lovers wanting to be together,” who acted in an “emotionally vulnerable state.” He told the court that Skea arrived in Singapore to marry Eyamalai, who was his fiancée at the time. They married in November.

“This love element, long separation, couldn’t make them wait any longer to see each other,” the lawyer said.

Do not take Pfizer’s Covid-19 vaccine if you have a ‘significant history of allergic reactions,’ UK regulator warns