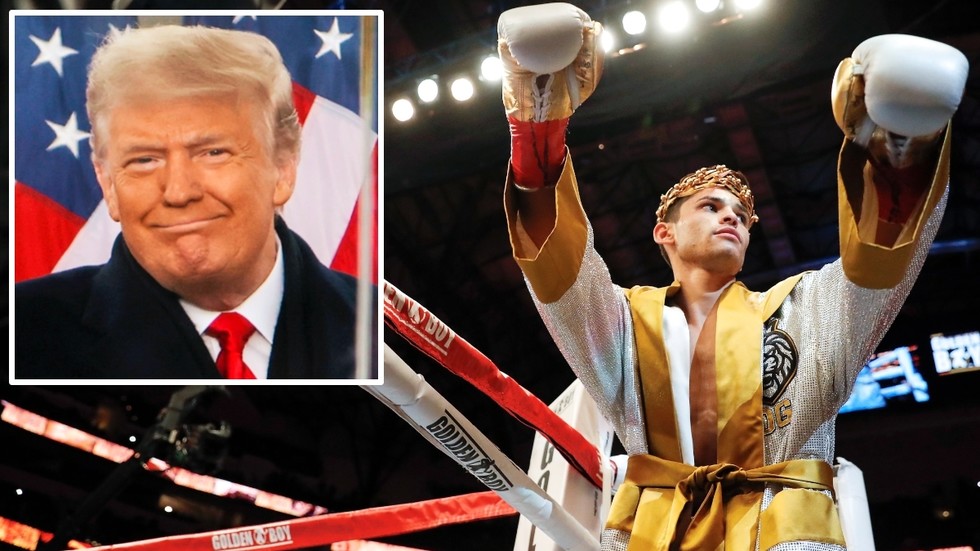 WBC interim lightweight champion Ryan Garcia said he only plans to be around in the sport for four more years and hinted at a possible career in politics after slamming Donald Trump over the recent attack on the US Capitol.

Garcia, 22, got back off the canvas to stop Luke Campbell with a vicious body shot last weekend in Texas to potentially set up huge bouts with the likes of Gervonta Davis, Devin Haney and Teofimo Lopez.

But the undefeated American, whose career record stands at 21-0 with 18 knockouts, said he is already planning for life after boxing.

Speaking to SiriusXM Boxing, Garcia explained that he was planning to retire at the age of 26, saying, “I’m gonna move on to inspire people in a different way and to play my part in this battle against hate and confusion in America.”

He also took aim at outgoing US President Donald Trump following the recent unrest at the Capitol building in Washington DC, saying, “You inspire what you put out, and that’s in everybody. Whatever you put out is what you’re going to inspire people to do.

🎙️ "In my humble opinion, Donald Trump did inspire hate. I don't care which way you put in. I don't care if he covers his tracks after he says something bad." — @KingRyanG reacts to Wednesday's Capitol Hill events 🔊@DAZNBoxing @BoxingwithAk @TheBoxingBully

“In my opinion, humble opinion, Donald Trump did inspire hate. I don’t care which way you put it. I don’t care if he covers his tracks after he says something bad.

“Think about this. So you say something bad, and then you try to cover that, whatever you said bad is not forgotten, and people are trying to confuse people and that’s where the confusion comes from, because he’s always covering his tracks after he says something.

“That’s not right. You don’t do that, because then that causes confusion. Whatever you put out into the world, it will be out, and I’m going to fight, trust me. That’s another fight. Don’t worry. In due time, that’s going to be the big one, and I’m going to win that one, trust me.”