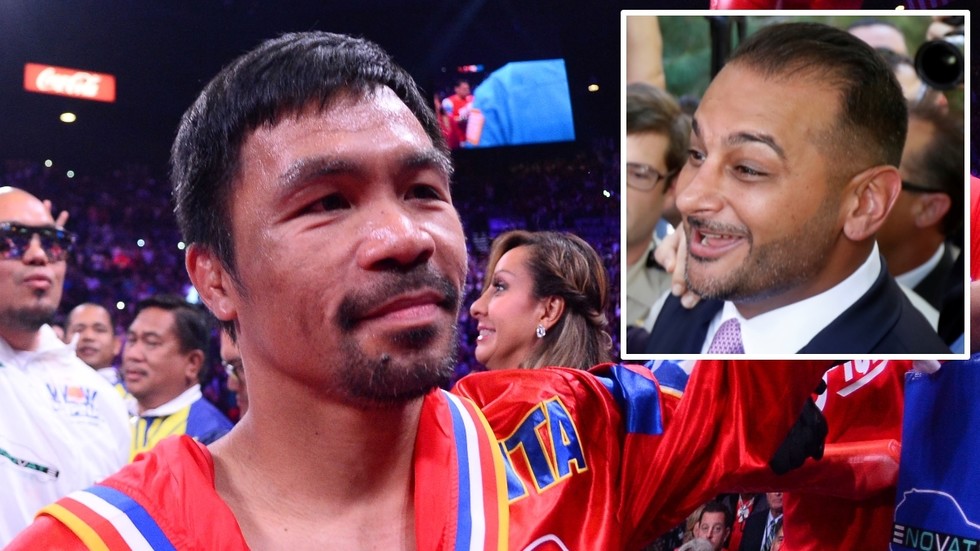 Manny Pacquiao’s manager has moved to shut down talk from the Filipino boxing legend’s past representatives as he prepares to announce the former eight-division boxing superstar’s next bout.

Audie Attar, head of sports management company Paradigm Sports, issued a statement appearing to distance Pacquiao and his management team from recent comments from Sean Gibbons stating that the Filipino star is no longer interested in a fight with UFC superstar Conor McGregor, who is also a Paradigm client.

“The boxing industry has a history of shady characters being involved. These individuals introduce confusion and spread false rumors solely for their own interests,” said Attar, via a statement published on social media.

“Unfortunately, this only ends up hurting the fighters. It has come to our attention that some of these individuals are once again spreading false and inaccurate rumors that are self-serving without the authority of Senator Pacquiao or Paradigm Sports.

“Senator Pacquiao engaged Paradigm Sports as his exclusive representatives last year because he wants to close out the final chapters of his historic boxing career in a meaningful way.

“No one outside of Paradigm Sports is involved in any way with the management of Senator Pacquiao’s boxing career at this time.

“Anyone falsely representing themselves as Senator Pacquiao’s manager or representative as it relates to his remaining fight career may face legal repercussions.

“Paradigm Sports has a reputation in the combat sports industry for operating with integrity, professionalism and transparency fighting for our clients, and we look forward to producing an incredible event with Senator Pacquiao in early 2021.”

The statement may also have been made in reaction to rumors linking Pacquiao with a bout against world champion Ryan Garcia, who shared a fan-made poster on his Instagram page and hinted that a fight between the pair could be imminent.

But given the tone of the statement, it seems Attar is keen to shut down any negative talk regarding a potential Pacquiao-McGregor bout, which could leave the door open for the matchup to still be made.

Attar closed his statement by saying that he would announce Pacquiao’s bout in the near future. “I am working closely with Senator Pacquiao and his legal team in Manila on plans for his next fight,” he revealed. “We will be sharing the details of this event in the coming weeks.”

There’s only one Daniel Agger? Ex-Liverpool star clears up bizarre rumors he was arrested at Navalny protests in Moscow

Senator Ted Cruz on Donald Trump: Then and now