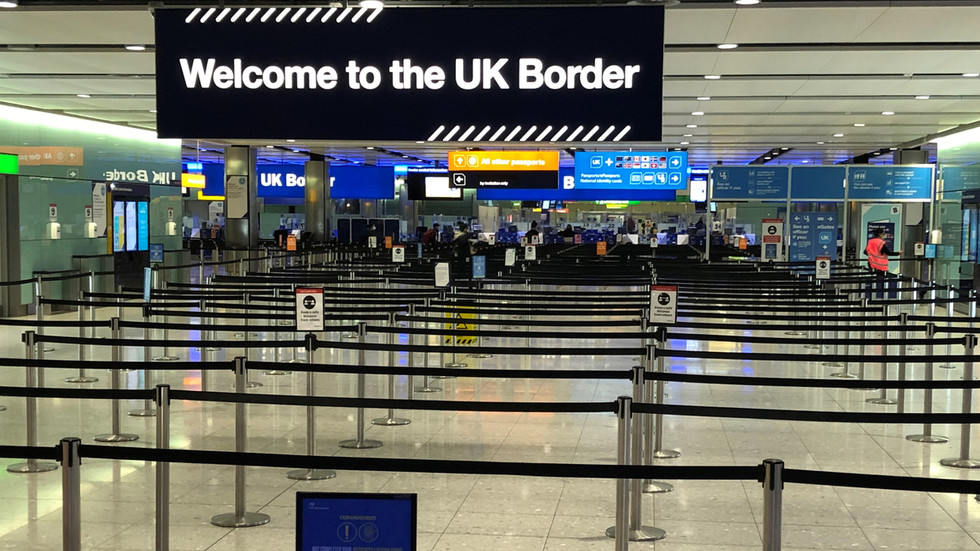 Prime Minister Boris Johnson has rebuffed criticism for overruling Home Secretary Priti Patel’s call for borders to be closed in March 2020, as concerns around Covid-19 were growing.

In a speech to Conservative Party supporters, Home Secretary Priti Patel stated that she was “an advocate of closing [borders] last March.” However, Johnson didn’t introduce a travel ban or quarantine restrictions on individuals arriving into the UK from abroad until June, although the government did advise any travellers who were arriving to self-isolate if they developed symptoms.

Kier Starmer, the leader of the opposition, challenged Johnson over the delay in closing the borders, citing the home secretary’s comments. In response, Johnson highlighted how Starmer and other political figures equally did not support closing UK borders in March 2020, mockingly calling the Labour politician “Captain Hindsight.”

The prime minister went on to defend his handling of the pandemic, describing the measures that are currently in place as “one of the toughest border regimes in the world,” which includes a requirement for negative Covid-19 tests, quarantine periods and contact forms. However, he did not directly address Patel’s comments or acknowledge any fault or problematic delay.

The government has come under criticism for its border policy, with the Labour-chaired Home Affairs Committee publishing a report in August that described the lack of early travel restrictions as a “serious mistake” that was “inexplicable.”

The Home Office has publicly maintained that it has, at all stages, “been guided by the science, with appropriate measures introduced at the right time to keep us all safe.”

Belgian police ‘are supposed to protect us’